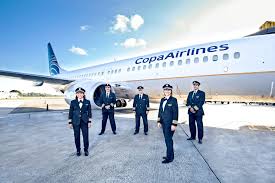 Copa Airlines was recognized as a “Five Star Airline” in the APEX Official Airline Rating 2020, awarded by the Association of Airline Passenger Experience (APEX), one of the most important associations in the worldwide aviation industry.

The APEX Official Airline Ratings bases the recognition on the comments, opinions and scores of the passengers, through the association

Using a scale of one to five stars, more than one million flights were rated by passengers on almost 600 airlines around the world , between July 1, 2018 and June 30, 2019.

Pedro Heilbron, CEO of Copa Airlines, said it is a pride to receive that recognition, "which is the result of the teamwork of the more than 9,000 Copa Airlines employees throughout the region.

passengers valued their travel experience at each point of contact, taking into account customer service, design and configuration of the aircraft, construction and installation of seating, food and beverage systems, on-board entertainment, VIP lounges, high impact campaigns and new products.

During 2019, Copa Airlines has been recognized with several international awards: the international company Skytrax listed it for the fifth consecutive year as the “Best Airline in Central America and the Caribbean”, and for the fourth year as the “Best Airline Personnel in Central America and Caribbean". Users of the prestigious Kayak.com site rated it as “The best airline of the year in Latin America”, the Official Airlines Guide recognized it as “The most punctual airline in the world”, and FlightStats distinguished it as “The most punctual airline of Latin America".