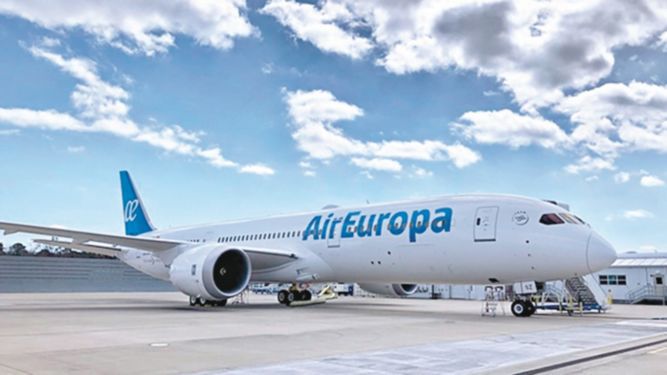 Air Europa will resume flights to Panama in the Christmas season with two weekly frequencies, as part of its plan to re-deploy operations in Latin America. The airline expects to be operating from December 15 with flights on Wednesdays and Fridays.

The airline indicated that they hope to gradually recover the route network in Latin America and before the end of the year they aim to double the number of flights, with an increase in frequencies and the gradual incorporation of new destinations, to increase the offer of available seats. for flights at 72%.

The new schedule includes the resumption of flights with a weekly frequency starting in November to destinations such as Bogotá, Medellín, Caracas, and Havana.

“From next month, Air Europa will also operate a more weekly flight to Santo Domingo, going from two to three frequencies; and another to Quito and Guayaquil, where it will fly twice a week,” says a statement issued Monday. October 19.

By December, they hope to add an additional weekly frequency in Bogotá, Havana, Buenos Aires, Lima and Santa Cruz in Bolivia. And an increase in routes and frequencies is expected due to the Christmas holidays.

Air Europa reported that it will reactivate its operations to Miami, Panama, Punta Cana, and Salvador de Bahía with two weekly frequencies to each destination. In this way, by the end of the year, the airline will operate in 18 of its 23 American destinations.