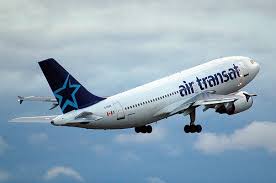 Air Canada increased its offer to acquire the Canadian tour operator Transat, which has long been a provider of tour packages to Panama from $392.8 million to $543.9 million Canadian dollars, to counteract rival bids ensure a positive vote of Transat shareholders, both companies announced in a joint statement.

Canada's first airline will buy Transat AT shares for $18 each, instead of the $13 in the initial offer. Air Canada announced having obtained the vote of Transat's main shareholder, Letko Brosseau, for the vote on August 23, according to the statement.

The new offer came after a Canadian real estate group, Mach, offered $ 14 per share to Transat.

Air Canada confirmed its intention to maintain the Transat and Air Transat brands, currently the third largest airline in the country.

The headquarters of Air Canada and Transat, in two separate buildings, will continue in Montreal.

Air Canada, created in Montreal in 1949 and with more than 36,000 employees worldwide, transported more than 10 million passengers in 2018.

Transat, with 5,000 workers in the world, offers vacation packages, hotel stays and air routes under the Transat and Air Transat brands. According to its website, it has about sixty destinations in more than 25 countries in the Americas and Europe.