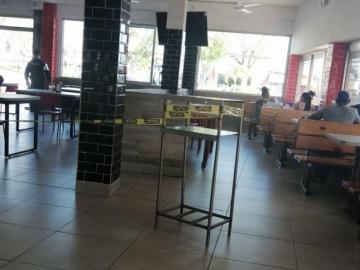 Burdened by fixed costs and a disappearing customer base over 1,000 Panama restaurants have permanently closed their doors leading to 6,000 lost jobs,

Others have created new versions of themselves so as not to disappear as they prepare for the new world of dining out which will likely never be the same with closely packed restaurants and bars.

There are a lot of 2x1 promotions in restaurants and franchises. There are also restaurants that seek to attract more customers with so-called solidarity dishes (at lower prices); restaurants with signature cuisine or with a cheaper menu; discounts and virtual events [like Wings Week ]. We also dabbled in novelties such as e-commerce, which 90% of restaurants did not have, ”said Domingo De Obaldía, president of the Panama Restaurant Association (Arap).

Despite all the endeavors  the sector has registered  80% drop in sales and the closure of at least 20% of stores nationwide, according to data from the association.

Parallel, with the  near-total stoppage of activities and the need to generate income, an independent movement has been created in social networks for the sale of food, which sparked the attention of both consumers and authorities .

“Food preparation that is being done in apartments and in mechanical workshops, and the public has to be very careful about hygiene. That is a problem that the authorities (the Ministry of Health, the Ministry of Commerce and the General Directorate of Revenue) have to attack, because they are also businesses that do not pay taxes, ”said De Obaldía.

The effects of the health emergency caused the Monthly Index of Economic Activities in April to register a fall of 34.7%, compared to the same period last year, due mainly to the impact in the construction sectors,  and hotels and restaurants sectors.

The Arap meets regularly to validate and discuss the measures that its members are taking, to have their security protocols  ready to open the day the health authorities give the go-ahead.

Many of the early Cuban. "refugees" were tied to the mafia that previously ran the country. Not many people rushing to Florida these days as the governor wears his mask over his eyes. It would be interesting to know how many Cubans have died of coronavirus in Miami.

If Cuba is (was) so great, why did Cubans come to Florida by the boat loads. Why is Miami known as "little Cuba"?

Hi, casual observer, Cuba might have had Castro and a Communist Regime, but he also organized very good health care system. When Covid-19 struck, the Cuban Govt. shut the country down and to date, out of a population of approx. 11 million people, they have 2,462 confirmed cases, 2,326 recovered and only 87 deaths, so they must be doing something right! The latest figures for Panama are 56,659 cases, 31,122 recovered and 1,201 deaths, out of a population of around 4,2 million!

In the "Greater Depression" that is forming people won't have the discretionary income to eat out unless they are "Government Class". Regular citizens will be unemployed or working piece meal to make ends meet. Many of the "Goverment Class" will be spending part of their income to support family that is private class, further eroding discretionary spending. Of course the "Political Class" which is in a league all it's own will continue enjoy wealth. Think Venezuela! Enjoy the "New Normal".