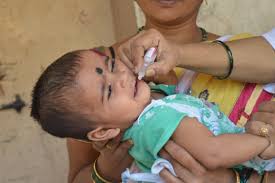 There was a great piece of news announced last week by the World Health Organisation. Wild-polio has been wiped out of Africa, thanks to a vaccine. It only remains in some isolated parts of Pakistan and Afghanistan where public health officials fight  against the polio virus and t inbred conservative peoples, some of whom who are prepared to kill the health workers on the grounds they are spreading the disease.

This fight to eliminate polio has been going on since 1988, a warning that even when a vaccine for Coronavirus is invented there will be many barriers to surmount before it has done its job.

One must say thank heavens that the battle against polio was practically done and over in Third World countries before the Coronavirus pandemic got up speed. Since Coronavirus swept the world the battles against tuberculosis, malaria and AIDS/HIV have been slowed down, partly because of peoples’ worries about visiting health clinics, many of which have been closed for fear of contagion. It’s estimated that about 80% of programs have been disrupted. One in four people being treated for HIV have reported problems in getting hold of their medications. In India diagnosis of TB cases has dropped by nearly 75%.  In country after country the Coronavirus has resulted in sharp drops in diagnosing TB: a 70% decline in Indonesia, 50% in Mozambique and South Africa and 20% in China. Yet, if ranked by numbers and importance, TB eradication should be given priority over Coronavirus which has only claimed around half a million deaths this year, against TB’s annual 1,600,000. So should malaria treatment where also more lives are being lost than those from Corona.

According to the New York Times, a 3 month lockdown across different parts of the world and a gradual return to normal over the next 10 months could result in an additional 6+ million cases of TB and 1.4 million deaths from it.

Measles immunisations have been suspended in 27 countries. Western companies making Coronavirus test kits are diverting their resources to producing tests kits for it because they can sell that for €10 against 18 cents for a rapid malaria test. Moreover, restrictions on air and sea travel have severely limited the delivery of medications to the hardest-hit regions.

It’s quite amazing that Africa, despite the hurdles, has done better than any other continent in fighting Coronavirus. Is this because its population is relatively young? But India’s is also young and now has a million cases, a world record. It’s more likely that one reason is that the virus was late in coming to it, giving time for preparation, and because there is less human traffic with the rich countries. Most important is that Africa confronts so many of the world’s diseases it has built up the infrastructure to deal with them. For, example because of dealing with the deadly Ebola virus in West Africa, medical staff already had in storage protective suits and head-coverings and knew how to act when it came to hygiene and isolation.

The African “good news” somewhat balances the bad when it comes to epidemiology. But when we start to look at the economics of development the story is largely but not entirely a negative one. The International Monetary Fund says that the continent, after 25 years of rapid growth, with some countries being the fastest growing economies in the world, will suffer its worst recession since the 1970s. The World Bank talks about what the Latin Americans used to call “a lost decade”

In the fragile states- Somalia, South Sudan, Zimbabwe and those of the Sahel- hunger is steadily advancing. The UN’s World Food Program and NG0s are fully stretched already. A devastating attack of locusts in East Africa has added to the misery. There has also been a sharp loss of markets in the developed world.

This is the price of the coronavirus which was incubated in China but was spread mainly by the highly developed countries in Europe, Japan and North America. Have they shown any signs of compensating Africa,Latin America and India for the damage and destruction they have caused? Not one bit.

We don’t need to be told that if there is a vaccine the developing countries will be last in the queue. President Donald Trump will insist on “America First”. Europe, Japan, Canada and Russia will quickly follow.

The rich countries have helped their poorer people (although in the US that has now stopped) but they have done little to help the poorer Third World countries. Talk of debt moratoriums has brought warnings of rating downgrades. A proposal to increase the IMF’s Special Drawing Rights- a form of global money printing- to help poor countries has got nowhere, yet the rich countries have not hesitated in doing something similar for themselves. The Financial Times has written, “The idea of making cash available to some of the poorest people on earth, either through grants, concessional loans of debt write-offs, has elicited tuts of “moral hazard” (bankers’ terminology for making it too easy for the wrong-headed to make the same mistake again)”.

Mark Lowcock, the emergency relief co-ordinator of the UN, estimates it would cost €90 billion to protect the poorest 10% of the world’s people from the worst impacts of the virus. This includes many people in Africa as well as such countries as Afghanistan and Syria. A lot? No, it is only 1% of the stimulus rich countries have spent on themselves, even though they should know well enough that if things are left as they are there will be hunger, violence, political instability, domestic violence, especially against women, and migration, flooding Europe and America with boat people.

All is not lost. As a BBC program highlighted it maybe that the extent of the damage to Africa is not as bad as the IMF says. A large part of their economies are in the informal sector- making and selling goods away from the eyes of tax officials and number counters. They have a flexibility and durability that big established companies don’t have. Also people can change their diets to equally nutritious foods- from imported rice to domestic cassava. This could mean that instead of the World Bank’s “lost decade” the setback may be as small as 3 years in the more successful African countries. During the fall out from the 2008 American-induced financial crash Sierra Leone kept its poverty rate falling despite the added burden of Ebola.

Nevertheless, although I have tried to underline the positive side, in sum the virus has been devastating. The rich countries have it within their resources to mitigate the worst of it.

Why don’t they? It’s in their own interests to contain the effect of Coronvirus in the Third World which, over the long run, will affect their well-being as well. Once the rich countries have conquered their infections do they want the virus still active in Africa to come back and bite the hand that doesn’t feed it?

Captain, is this the same Africa that Bill Gates and his merry team of eugenicists were told never to return for the harm they did to young people who were told the “shot” they were getting was a wellness shot where in fact it was toxic vaccine? You, being none other than a lucky vaccine recipient hardly qualifies you as an expert; for that I defer to Judy Mikovits, Dr. Buttar, RFK Jr and the thousands of scientists who denounce the use of experimental vaccines with toxic adjuvants just to enrich Big Pharma. Sorry, but we humans simply do not need a jab for every pathogen floating around—we were designed quite well to develop a robust natural immune system which takes care of 99% of the viruses and pathogens we might encounter. In fact, studies now prove the children of developed countries who have not been vaccinated are healthier than those vaccinated. For under-developed countries, money invested in clean water, quality medical care, nutrition and hygiene the people would fare much better than a series of jabs. If nothing else, your 82 years should have taught you to be more discerning in health advice, especially when it comes to those benefitting financially (Gates, Fauci, Big Pharma and leaders getting paid to subject their people to experimental therapies). Research Dr Mikovits and open your mind. Below is a different perspective. https://youtu.be/x6HrOqGHoAI If you take the time/effort to copy paste onto your browser, you’ll see a passionate leader of Ghana (a country in Africa’s “success story”) talk about his experience. It is a really disconcerting account. But if all you want to talk about is your 82 years of successful jabs in your arm, I have no use for you.

That’s such a sad and dangerous comment and of course completely contradicts the success story in Africa. Polio was a terrible scourge in my youth and indeed so was measles and smallpox. Thanks to vaccines Smallpox no longer exists in the wider world , polio is on its way out etc. This despite horror campaigns mounted against the practise ....and lets not forget all the millions alive today free to spout their nonsense thanks to advances in these life savers. I’m sure there are cases where some have bad reactions but that’s the case for all medications..no reason to throw away the cures that can benefit millions in response. I have been vaccinated in the Navy and beyond everyone of my 82 years and happy and grateful that these treatments are available.

If anyone ever takes the time to read the history of vaccines and the Book called Plague of Corruption by Judy Mikovits, you would not want a vaccine or to vaccinate children anywhere!