The mirage of Ports Paradise 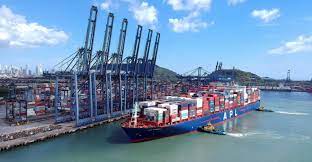 The renewal of the concession to Panama Ports Compay (PPC) is a matter of national importance, especially because this company has blocked the attempts of the Panamanian State to establish other ports close to where it currently has those granted and to have laughed at Panamanians with ridiculous contributions in the years that Balboa and Cristóbal have been under is control.

That is why the Panama Maritime Authority, specifically the members of its board of directors, starting with the Vice President of the Republic and Minister of the Presidency, José Gabriel Carrizo, have had to call a press conference to answer the concerns and disclose the documents that support the continuity of the concession and the names of those who gave their approval to this company. If everything is as wonderful as they paint it, the logical thing is to disclose the reason for so much joy and satisfy the questions or doubts that have arisen. But instead, they continue to say nothing and hide behind a statement that, as the saying goes, paper holds everything. Their attitude, far from telling us that everything is fine, tells us that there is a cat locked up and that the paradise they describe to us is just a mirage. – LA PRENSA, June 25.