The dark shadows of a friendless former president 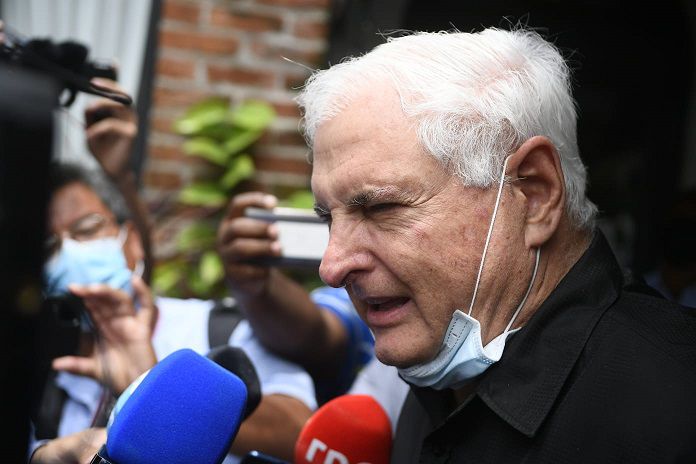 In the Smithsonian's National Portrait Gallery in Washington, DC, there is a work by renowned American artist Nelson Shanks (RIP). This is a portrait of Bill Clinton in the Oval Office of the White House. Shanks confessed that there is a subtle detail that does not quite fit in his work. It is a shadow on the chimney that, as a bird flies, goes unnoticed, but it is loaded with brutal symbolism.

The shadow is a projection of the blue dress – the one that had Clinton's semen – that the intern Mónica Lewinsky kept as a souvenir of one of her 10 sexual encounters and that became convincing proof that Clinton lied about her relationship with the intern, which nearly cost him his job.

If instead of brushstrokes I were to use words to replicate Shanks's metaphor about Lewinsky's blue dress, they would surely be pages and pages stained with black ink, because to see the face –the real one– of former President Ricardo Martinelli, one would have to look for it –literally– in the midst of total darkness. There is so much shadow on it that Shanks would have had to look for another resource or, simply, his plastic expression would have to have been ruthlessly simple: a painting without colors or light, like those of Malevitch, that under layers of black paint from his famous works of the same hue, it is presumed that more colors were hidden.

In Martinelli's gloomy environment there are only insignificant changes in the tonality of his shadows because there is no light, not even shadows. His circumstances will undoubtedly end in a vantablack, because his obscurantism is escalating. In 13 years, those shadows have danced around him: local and international scandals; statements of hate and prejudice; false promises; extradition, trials, and rulings; the confessions of his children: as father and president, and their respective sentences in the United States; Odebrecht's dirty money; wiretapping and espionage; the growing failures of him.

All this has led him to live alone –although he is surrounded by people– and to distrust everyone, without exception. And he has good reason to do so since he has no friends. Perhaps partners and cronies... Oh, and employees, whose loyalty is measured in dollars, in some cases, and in fear, in many others.

Martinelli and his henchmen say that those who criticize him do so out of hatred. I don't think it's always like that. In my case, I see a sick person, eaten away by his own rottenness; I see a zombie leading other zombies like puppets, and I see a King Midas with the objectionable virtue of turning iron into rust.

So neither hate nor hate. What Martinelli generates is pity and fear for others convenience. The zombies and puppets must have feelings for him, but I doubt it's a good thing because of neither his children. In any case, it is not a good thing that he inspires, not even for Shanks to paint in a painting with no shadows.