Public not fooled by Martinelli tricks 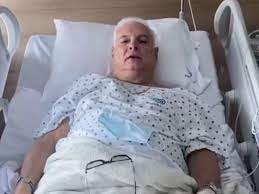 Yesterday, with a delay of an hour and a half due to technical difficulties in establishing communication with two defendants imprisoned in the United States, the preliminary hearing of the Odebrecht case began, in which some 50 people are accused, among whom former president Ricardo Martinelli stands out for the numerous legal resources that his defense has filed throughout the process, with the intention of delaying it.

Not content with that, yesterday his lawyers attacked from the beginning of the hearing with absolutely unnecessary allegations since almost all of them had been resolved, even at the level of the Supreme Court, whose rulings are unappealable, final, and mandatory.

It is ironic that these tricks are presented by the defense of the one who most proclaims his innocence when he should be the first to clarify his situation in the biggest corruption case in the history of the country since he is considering becoming president of the Republic.  It is not enough that the case prescribes or that they try to annul it. Should such a thing happen, the shadow of corruption will haunt him to the last of his days. And fools we are not: given the background of this case, we know why he does not want it to be aired publicly. - LA PRENSA, Sep.14 .