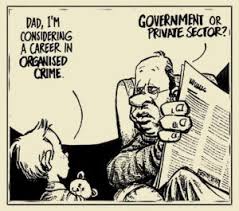 The malfeasance of the National Assembly breaks through with its reforms to the Electoral Code. The information we have received in recent weeks feeds and justifies the fears that drug trafficking and organized crime have penetrated the political parties - especially the PRD - whose leadership neither keeps appearances nor cleans up its ranks. The words and actions of Benicio Robinson align with those of the President of the Republic and those of his colleagues Raúl Pineda and Crispiano Adames, when he said that "in this country we cannot continue to call everyone a thief, a thug," to conclude that if a person has been convicted and served his sentence, "we have to see how to give him a chance." And he has no better idea than to receive money for their electoral campaigns. You just have to imagine the favors that will be owed to those "reformed", many of whom, after paying their sentence, continue to commit crimes. And of those cases, there are plenty of them. There is no doubt that this breed owes favors and pays for them with bills that are true insults to decent citizens. The country cannot continue to entrust its legal security to people who display the most arrogant malfeasance and who pledge our electoral system in exchange for staying in power at all costs.- LA PRENSA, Sep. 3.