OPINION: The wrong path to recovery 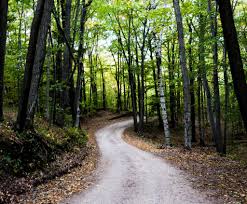 The figures that outline the situation of informal employment are daunting. Almost 737 thousand people are in the informal sector, and that is the equivalent of almost half of the economically active population, in which the private company absorbs some 794 thousand people. It means that workers who could pay taxes and contribute to the Social Security Fund cannot do so, since they do not have a formal job. The rate of opening of companies is not enough to get more to leave the informal sector and that is why the Chamber of Commerce is concerned because, far from promoting investment to generate new jobs, what the government does is maintain subsidies and economic aid of the pandemic. And what is more worrying, that it inflates the state payroll, triggering this important expense, which currently exceeds $400 million per month. It is imperative that the Government assumes its role, which is not to provide jobs, but rather to stimulate the economy and facilitate investment – ​​without forgetting the urgent need to provide quality education – in order to have qualified personnel and thus satisfy the labor demand . But the path chosen by politicians is the one that goes exactly the opposite way. – LA PRENSA, Jun. 28