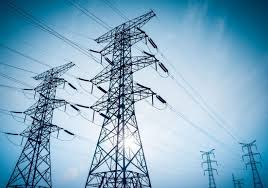 In the final hours of the last working day of the administration of Juan Carlos Varela, the Public Services Authority announced the new rates for electricity service. 76.5% of users will not receive an increase. This means that customers who make up the remaining 24.5% will pay more. The increase in cost is also paid by the entire economy that must provide subsidies to the protected population segment. Explaining the price increase based on the lack of budget to subsidize all users, is an irresponsible statement. The electricity costs in Panama increase due to serious inefficiencies in thermal generators and distortions of the composition of a market that by design punishes consumers. The five years that passed served to update the plans and strategies of the sector. However, it was decided to favor electricity generation with gas and coal, above the wind and solar power. The operational structure of Etesa was pending a review, and the strengthening of the independence and capabilities of the ASEP remained in the pipeline. This mixed legacy of energy policies calls for concerted action by the new government, free of conflicts of interest, and focused on having cheap, clean and reliable energy for the consumer.- LA PRENSA, Jun 29

Hard to pay for something that is rarely used since it is OFF so much !!! Shameful !!!