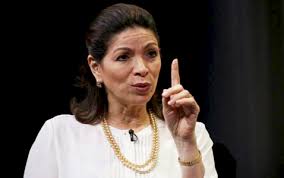 The Panamanian State is again taken to the bench of the accused in the Inter-American Human Rights System. This time - and with plenty of reasons for this - the process is promoted by former Attorney General  Ana Matilde Gómez, convicted by the Supreme Court of Justice on August 12, 2012, following a complaint filed by a former prosecutor investigated for alleged corruption. The Supreme Court closed its eyes in the face of an openly political process, in which the government in office did not claim anything other than to kidnap the office to do whatever it pleased, without any consequence, with the exception of impunity. The Gomez was a yellow trial, established by what was outlined as a tyrant, and whose consequences all Panamanians today we will have to pay, because what was done with the former was a cowardly and illegal act. After his departure, the scandals of all kinds followed, ignored by the clique of puppets who called themselves lawyers. And today, once again, we face more subtle scenarios, but with the obvious certainty of what the current National Police leadership has done against the Public Prosecutor's Institutionality pursues the same ends.- LA PRENSA, July 23

Panama | Police Invasion: A prosecution Interference--- A new Panama president...July 1, 2019 message of "Unity"...Trip to New York, USA business trip... AG: Kenia Porcell prosecutors dispersed by a new commandeered police force....Purpose: To free former president Ricardo Martinelli for the good and "Unity" of political parties.------------------------------ Everyone should know without a need for prophecy this is what will happen next. The police invasion for dispersing the numerous high crimes and damage to the state is an indication of the depth of a mafia ring run by henchmen. Panama is now closer to a dictator controlled state in all respects to that of Venezuela. The people of Panama, remember the penalty of a $300 fine by former president Varela? Because someone simply stated..."Varela is corrupt?" No freedom of expression - No democracy. Remember the ham bait for re-election? Desperate actions for state control by the few in the corrupt National Assembly. Remember the N.A. described as a rotten organ? Remember the anti-reform for a new constitution was voted down. Before the state is taken over completely by the forces of a dictatorship, Panama may need to act quickly!!!