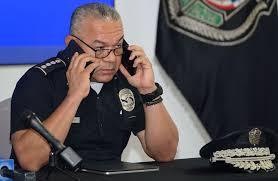 The actions of the headquarters of the National Police with regard to the Judicial Investigation Directorate (DIJ) provoke many suspicions and make fear the existence of a pact of impunity. The new chief commissioner of the National Police has several years of service within his resume, doing intelligence work during the government of Ricardo Martinelli. When the Judicial Technical Police, a body attached to the Public Ministry, was dismantled in 2007, by a PRD government, the citizenry was promised more efficiency in the investigation of crimes. The DIJ is the entity that provides the field investigators for the Public Ministry. So when the National Police remove the agents of the DIJ to the anticorruption prosecutors, they are leaving them without investigative capacity. To complicate the horizon, and in violation of the law, the heads of key directorates of the DIJ, who carried out investigations in cases of corruption involving the National Assembly, have been sent on vacation and replaced by other officers of the Police, even linked to the Security Council of Ricardo Martinelli. If these measures are not reversed immediately, it will be clear that the real motto of the new government is: impunity returns. -LA PRENSA, July 20