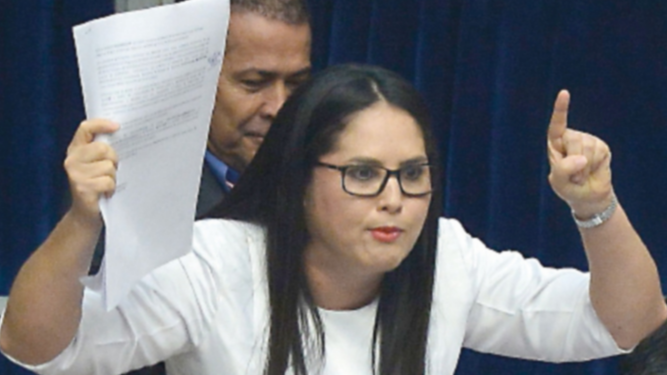 Article 154 of the Political Constitution establishes a privilege that has been repeatedly abused by various deputies: "The members of the National Assembly are not legally responsible for the opinions and votes they cast in the exercise of their office." Thanks to this article, they have sullied the honor of respected citizens; they verbally attack anyone who does not share their opinions and they lie blatantly and deliberately. That is to say, they have a license that other citizens do not have. And, exercising this privilege, on October 19, deputy Zulay Rodríguez verbally attacked a journalist and her interviewee, alluding to aspects of their private lives, thus ignoring another article of the Constitution: "The authorities of the Republic are instituted to protect in his life, honor and property to nationals wherever they are and to foreigners who are under its jurisdiction… ”. For this reason, the Supreme Court has been asked to review if the words uttered by the deputy on the indicated date are in accordance with our constitutional precepts. It is not about restricting opinions, as the deputy alleges, it is about the correct interpretation of our Constitution.LA PRENSA,  Oct. 28