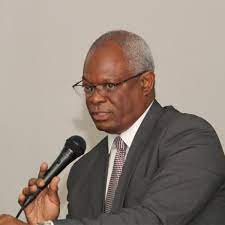 OMagistrate Cecilio Cedalise sent a letter to the president of the Supreme Court in which he demands an investigation into the leakage of his draft ruling in favor of former President Ricardo Martinelli in the case of espionage on the private communications of some 150 people, and punish to those responsible for the leak. It is an irony that this magistrate demands the same investigation and punishment for those who are responsible for the leak, at the same time that his draft ruling would invalidate the entire investigation and the trial of the punctures, despite the fact that he signed the sentence that he ratified all the actions in this process of the then magistrate judge of guarantees Jerónimo Mejía, except for the competence of the Supreme Court to continue with this case, since the accused resigned his status as a parliamentarian. This was even recognized by the defendant's own defense, when one of his lawyers said that this ruling was “bittersweet”, because, while the case was sent to the ordinary justice, on the other hand, it validated all the previous decisions of the judge of guarantees, including the subject of the imputation, the reason for the draft ruling. However, Cedalise now has a new opinion and that contradicts what he had no qualms about ratifying before. LA PRENSA, Oct. 21.

In search of creativity and initiative
0
The time is ripe  to move bill on illicit assets
2
In search of  # 99
1
Country of Happy Endings for Criminals
1
When Truth Becomes the Victim
0
OPINION: Crumbs  for functional ignoramuses
3

Panama: Government Organization of Thugs. Becoming a lawyer, a business man, a candidate for a campaign election presents suspicions. A lawyer will have connections with bad guy money incentives. A business man will have greed and business bad guy campaign connections. A regular candidate will have an independence party and get voted out and ignored. A campaign election for a candidate is determined by where the money comes from and how. A business man will make a convincing argument for jobs and grand projects... using state funds tax payer's -$$$- for their own publicity. Then, there is China resources of vast $BILLIONS!!! But there is a price to pay with a debt owed with predatory lending to a super power nation... China! PANAMA CANNOT HANDLE FOREIGN $$$ INFLUENCE CONTRACTs BY GOVERNMENT LEADERS! NO FAIR REGULATORY LAWS, JUST PUSHING THE BUCK - $$$ ON THE BACKS OF PANAMANIANS! Candidates once elected look at this as an opportunity for grand wealth. 1. Counting Executive allowances on a regular basis is... staggering to say the least! 2. China's direct personal business proposals for individual party's mutual benefits! 3. China's one-sided commitment for all obligations for financial party agreements! 4. China's indirect control of Panama's political parties and government! 5. China's interest in research projects with all non-disclosure agreements! 6. China's interest in Panama's political sphere without the intervention of the U.S. with Panama Canal Expansion. 7. China's interest in Panama's complete lack of a defensive constitution for the state that favors Government politician's impunity. 8. Foreign nations see gaping hole opportunities to fill the void of a corrupt lapsed self-enrichment Panama government with unsatiable - $$$ agendas. 9. Panama government need for migrants to heed to the will of the political leaders. 10. Panama government need to spend for citizens welfare to have total access to the rest of Panama state funds! Panama government is reliant on the government leader's manipulation of state funds with well paid police bonuses and pacts from every government level. After a while, Panama's government will look at this as getting their share of the cut with $100,000 vehicles and family payrolls which will never disappear! How do you take away a man's payroll checks in the $1000's! A check on its own is a government check for life with guaranteed re-elections! So, a new constitution reform? What does Panamanians know about government money? What does Panama's government know about a non-Transparent Comptroller General? Yanibel Abrego guards the non-Transparent Comptroller General with her... [LIFE]!!! Yes, Panama president Cortizo is just a - FIGURE HEAD... making way for the... MAFIA UNDERGROUND!!!