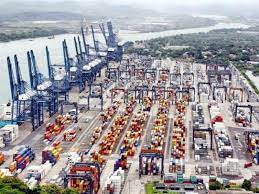 Finally, Panama Ports Company (PPC) obtained the renewal of the operation contract for the Balboa and Cristóbal ports. Its current terms appear to have met the expectations of the company, but little is known about the benefits that the State will receive, except that PPC promised to pay a minimum of million in dividends, which represent about $175 million in 25 years, a sum that it is not the least bit impressive, considering this company's poor compliance record, despite the Comptroller's assurance that it fulfilled all of its obligations. The truth is that PPC paid its first million to Panama just 6 years ago, that is, it stopped paying the State for 18 years. As for its investments, PPC did not make them just to fulfill the contract. These respond to strictly commercial reasons  - I would never have built facilities to keep them idle, without use.

It is clear that their business grew in our ports, but Panama has suffered the loss of its interests due to the unscrupulous conduct of this company, which has treated its partner with great contempt. The Government owes us, more than a statement, comprehensive explanations on the renewal of this contract. – LA PRENSA, Jun. 24