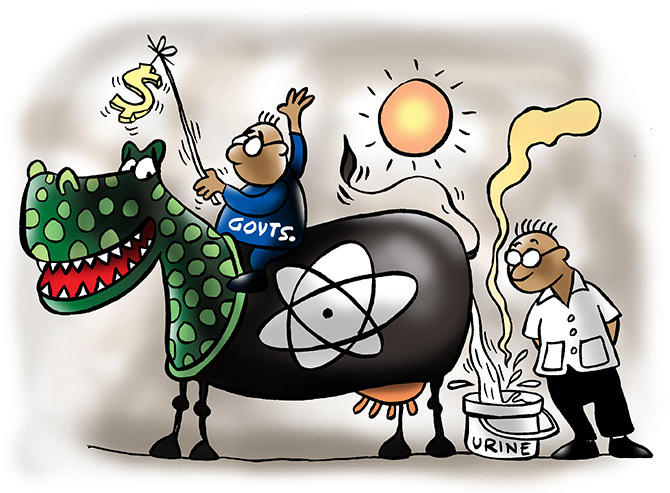 Education in Panama is among the worst in the world. The State spends hundreds of millions of dollars on education, but the country is full of functional ignoramuses, ready to elect their rulers using the criteria of a vassal and not that of a citizen. The Ministers of Education in recent years have done nothing but make mistakes, if it can be called that, because it is inconceivable that so much has been invested and we have results that are not even mediocre, but rather perverse. What is the use of giving away scholarships, backpacks, computers, and school supplies if our students can barely read, much less understand what they read? And above all, we gave ourselves the toup of leaving the international tests that measure knowledge, to return and realize that the situation, far from improving, it has noticeably worsened. This is how politicians want the people: ignorant so that they do not complain, so that they do not demand accountability, so that they are not informed, to elect ruffians who, in payment for the vote, throw crumbs at them, like the deputies at Christmas or the National Lottery, to their wallets. So much wealth ... and we have never been so poor and ignorant – LA PRENSA, Dec 1.

Panama: Ignorance on a weak - Industrial Output. Panama National Assembly - Electoral Tribune - Political Party - Gangs becomes the... Criminal Education of a cache of - $MILLIONS - BILLIONS$!!! The Government corrupt officials only see the money on hand and use it for the satisfaction pay-outs with... Double Dipping for [ALL] Mayors and Governors! Work not done means poor ethics and no concerns for any job performance. Panama in general is a nation of thieves and major Top Company Players of - BRIBES! Panama in general is a nation of the Martinelli - Saga of underground $MONEY LAUNDRY$. Panama former president MARTINELLI teaches his own sons the [VIRTUE] OF CORRUPT POLITICS AS... PAY-OUT INTERMEDIARIES OF THE MONEY LAUNDRY PAYMENT TO THEIR FATHER... $28 MILLION. Education? Here's a supply of books! Here's a supply of hams! Here's a supply of building material... just elect your official who was generous! No real Panama industry with advanced technology and robotics. No real training for Panama made security systems. Nothing but tourism, parades and theatrical expensive shows. Nothing but expensive $1000 few ounces of... $Coffee$. Panama is not entitled to affordable quality coffee! Panama is not entitled to win a fair lottery with respect! Just... Bananas, Coconuts, Tropical Mangos, Market fish and some affordable milk and... electoral campaign free HAMS! China will provide a new $50 MILLION Restaurant with [NOODLES] with the 26 non-transparent agreement at the location of Panama's prime real estate... AMADOR CAUSEWAY. HOW ON EARTH CAN PANAMA - VARELA / CHINA RESTAURANT... BREAK EVEN WITHOUT A SURE-FIRE BANKRUPTCY. WHAT KIND OF IDIOT IS THE FORMER PRESIDENT VARELA WITH THIS CASUALTY OF BANKRUPTCY DUMPED ON PANAMANIANS! CAUSUALTIES WITH CHINA HUAWEI THAT THE UNITED STATES STAY CLEAR AWAY FROM! CAUSULATIES OF MARTINELLI'S FAMILY OPERATED WITH HEAD BANKER FERRUGIA... OFF - SHORE ISLAND HEADQUARTER FOR FINANCIAL UNDERGROUND HIDDEN ECONOMIC FINANCIAL EXPLOITATION OF PANAMANIANS BY MARTINELLI'S ITALIAN REGIMES AND COHORT POLITICAL MAFIA PARTY... MOLIRENA!!! What kind of an... IDIOT GOVERNMENT RUNS THIS TYPE OF OPERATION FOR PANAMA! THREE UNCONSTITUTIONAL PANAMA PRESIDENT ADVISORS ... FORMER PANAMA NATIONAL ASSEMBLY YANIBEL ABREGO AND THE MARTINELLI THE... BOSS IN CONTROL OF THE PAID FOR PANAMA CANAL EXPANSION DURING HIS FUTURE ELECTED REIGN AS THE PANAMA PRESIDENT! Panama is so poverty stricken they will take anything as the [Norm] has established its footprint with Yanibel Abrego and the Panama National Assembly! Education is nothing but bread and water from the Martinelli Italian underground regime!!!

I would be satisfied if Panama simply had a decent vocational technical training system or a guild system to train craftsmen so that someone would at least know how to pour a decent concrete sidewalk. Reading, writing and arithmetic would be icing on the cake.

Every child deserves a proper education and today it is even more important they get it to compete and understand what is happening. This government could be developing technology workers and other high paid professions. This should have been phased in at least 10 to 15 years ago. English would have to be proficient as programming languages are based in English.