OPINION: A denial of justice for all citizens 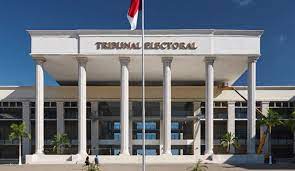 The magistrate of the Electoral Court, Alfredo Juncá, came out in defense of that ruling that revoked the lifting, in the first instance, of the electoral criminal jurisdiction in favor of Ricardo Martinelli, a decision that now prevents the former president from being able to respond to criminal justice. Apparently, this magistrate knows what mere mortals do not know, because, in justifying his decision, he said that "what we are seeing is that there is an economic-political fight between various groups."

Assuming that this is true – something that we are not aware of and the official did not give any details to confirm it – what does speculation like that have to do with the content of his ruling? From when to here the rumors should be considered in a decision that is supposed to be based on law? Juncá affirms that in the first instance there was a “denial of justice”.

We wonder if perhaps he has analyzed the "denial of justice" that his ruling has caused for the State -that is, for all citizens-, since a person accused of serious crimes will not be judged because of a figure -such as the electoral jurisdiction – brazenly used to escape justice. If the magistrate's best defense is these absurdities, he would have been better off keeping quiet.- LA PRENSA, May 6.