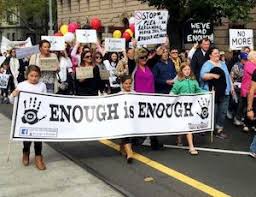 Tomorrow, Tuesday, a protest will be held, the call for which began in the capital, but quickly had an echo throughout the country, since citizens are not happy with what the deputies of the government coalition intend to do with the modifications that they are unilaterally imposing on the Electoral Code, discarding important matters approved in the National Electoral Reform Commission. And it is that the citizen not only has the right, but the duty, to take care of what cost so many lives in the past: our democracy. The elections in Panama have been exemplary in many respects –until now–, thanks to the constant modernization that, after each election, the electoral legislation is made. But this time, Citizens will have to intervene directly so that the ruling parties do not make setbacks or accommodate the Law at their convenience. The citizens will demand from the deputies the respect they deserve, because it is obvious that the base of popular power is far from being the National Assembly. Who has the power in this matter is the people, who elect their representatives in fair and transparent elections. Therefore, this Tuesday the message will be clear: Enough is enough! LA PRENSA, Sep. 13.