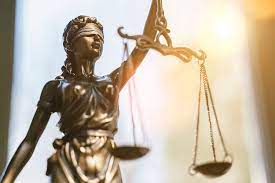 The infiltration of organized crime in the Judicial Branch is one of the most worrying things, not only because it implies a greater influence of criminal groups in the decisions of judges and magistrates, but also because those who want to deliver true justice become targets of these subjects. , even putting their life and safety in danger.

In addition, it reveals the growing corruption that makes it easier for dangerous criminals to return to the streets or for corrupt officials not to pay for their crimes. The Judicial Branch must clean up and purge this situation from within since justice is vital to maintaining order and social peace in the country.

The Supreme Court must take urgent and first-world measures to corroborate where the loyalties of all –absolutely all– of its officials lie; as well as create laws or toughen the existing ones, in order to sanction these behaviors in an exemplary manner, both of the corrupt and the corrupt. Neglecting security aspects in a body of essential importance to the country only promotes anarchy and puts democracy at risk. Either they start doing something or we'll end up in a failed state.- LA PRENSA, Nov. 21.