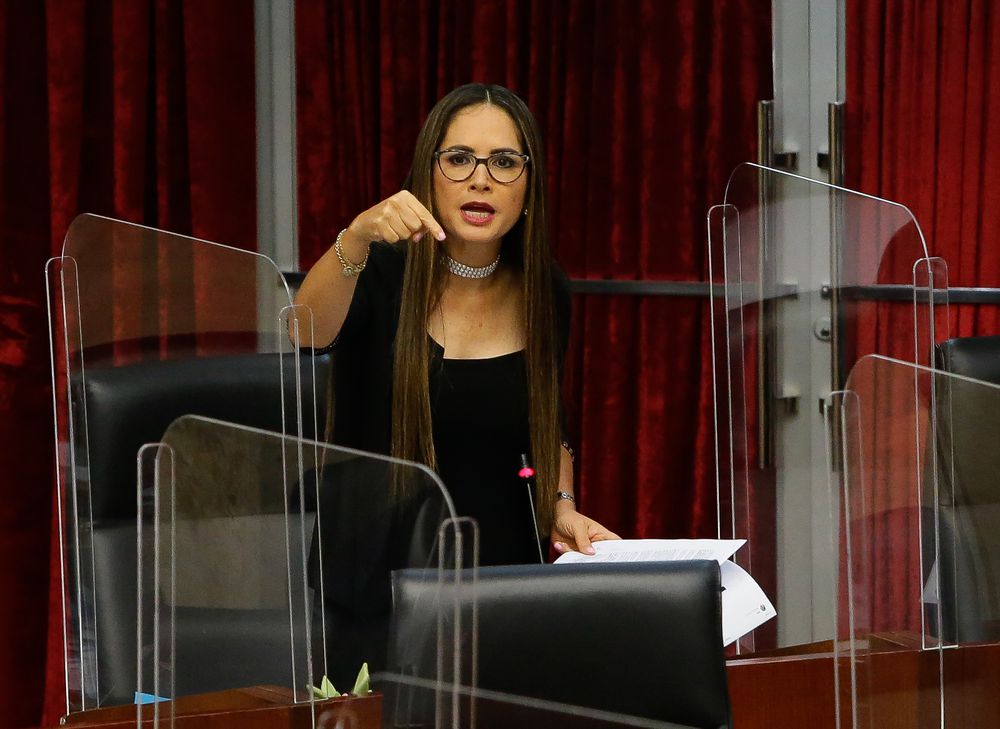 A project promoted by deputy Zulay Rodríguez, would reduce the time that the media have to publish the replies and would increase penalties for non-compliance.

In Panama, the situation of freedom of the press is not a cause for celebration due to the permanent threat against journalists and independent media, which, in turn, are faced with information practices and policies by the State that foster opacity regarding the use of public funds and fuel impunity for acts of large-scale corruption.

Although formally in Panama there are no legal regulations on journalistic censorship, in the last decade the criminal regulations on slander and libel were used to sue dozens of journalists, editors, managers, and various media outlets for their coverage of high-profile corruption cases.

The Panamanian civil procedural system allows civil kidnapping as a precautionary measure before filing a lawsuit and even without hearing the affected party.

Likewise, the ceiling of possible compensation for "moral" damages is not regulated, and the risk of a millionaire sentence turns the Panamanian justice system into a possible executioner of freedom of expression.

Television and radio audiovisual media have an exception to the civil kidnapping rule, which guarantees them a better situation than that of their print and digital peers.

A more recent trend has been the use of family law regulations, protection of the victim or safeguards against gender violence to seek the paralysis of journalistic activities, and even as a basis for complaints of alleged crimes against social communicators.

Opacity reigns
During the start of the covid 19 pandemic, the reaction of the government of President Laurentino Cortizo was to reduce access to public information. For example, when the set of minutes of the Cabinet Council was declared confidential.

At the same time, a detailed accounting of public spending during the pandemic had been promised and this has not happened to date.

The National Assembly delayed the delivery of information on its payroll and contracts, despite requests for information and habeas data on the subject.

In turn, the Comptroller General, under Gerardo Solís, also maintained his own space of opacity in internal contracting on various issues.

Important questions from public opinion about the purchase of fans with their supposed premium price; the acquisition of a modular hospital under very particular conditions; and the trip of a delegation of officials and directors of the Social Security Fund to Mexico to learn about the operation of an inventory management system, represent some of the most critical issues that remained without an appropriate response and confirm the culture of opacity in public administration.

Litigation to censor
In recent years, it has not been only politicians and those linked to possible cases of corruption who have used obtuse laws and the Byzantine judicial system to try to silence journalism and independent media.

Other actors have used these same tools to silence journalists and civil society activists for their critical expressions against power. Thus, we have that the journalist Lineth Lynch was sentenced to pay $2 million in a civil damages claim process from a former judicial official, despite the fact that Lynch complied with all the canons and protocols of responsible journalism.

The lawyer and activist Moisés Bartlett has to face the seizure of his assets, accounts and his law firm for questioning the actions of the State and private interests regarding a concession for the generation of electricity based on liquefied gas.

Community activist Max Crow faced sequestration of his assets when he acted as a representative of Albrook residents to oppose a commercial activity in a residential area that violated the established zoning for that area.

Environmental activist Larissa Duarte, a resident near the Cobre River in Veraguas, was sued for $10 million by a hydroelectric company that was unable to develop its project on the river.

Journalist Ligia Arreaga, from the Darien radio station Voz sin Fronteras, well known for her denunciations of illegal logging and the irregular drainage of Laguna Matusagaratí, was forced to leave the country because some of the people who felt affected by these complaints filed lawsuits for slander and libel against her.

Death threat
In addition to these cases, the death threat to journalist Flor Mizrachi for her report on clandestine vaccination in Coco del Mar must be recorded.

Despite the fact that Panama has Law 26 of June 29, 2005, which serves as the legal framework for the right to reply, Deputy Zulay Rodríguez presented Bill 242, which seeks to reduce the period that the media have to publish the replies and increases the penalties for non-compliance with the obligation.

The bill ignores the reality of the media and their internal processes in the necessary review of all those submitted and the obligation that any party affected by a reply can respond.

The risk of project 242 is that it serves as a vehicle for other issues of freedom of expression to be biased within the National Assembly, as other deputies have previously expressed their intention to modify the law of transparency and access to information.

The deputies Zulay Rodríguez and Benicio Robinson, both from the ruling party, maintain legal actions against journalists and media outlets that have exposed issues that involve them to the public light and that instead of making all the clarifications to public opinion and their electorate, have taken the judicial route.

Panama is entering the initial phase of the electoral process for the year 2024. In turn, important cases of corruption are aired in the Judicial Branch, as well as in prosecutors and courts of other countries. The factor that these events have in common is the sensitivity of their protagonists to the exercise of free and independent journalism.

Unfortunately, it is to be expected that as the stages of the electoral process progress and the processing of corruption cases intensifies, the pressure on journalists, the media, community activists and human rights defenders will also intensify.

If the free press gives in or if journalists censor themselves for fear of reprisals, Panama will be doomed to an age of obscurantism, opacity and, above all, censorship and manipulation of information. - RODRIGO NORIEGA, La Prensa.