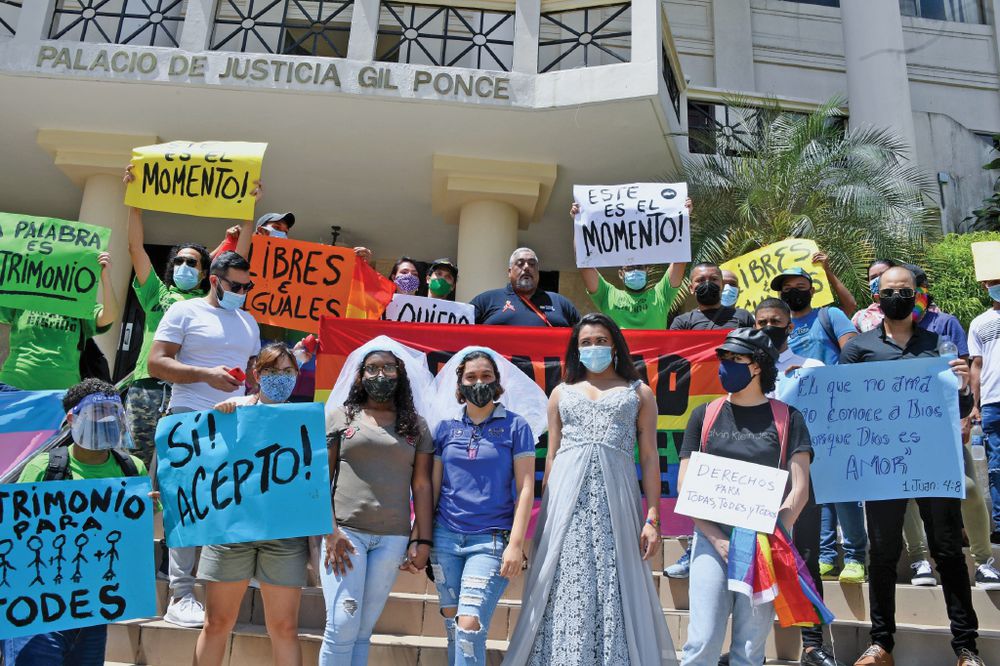 A “Yes I Accept” campaign has been launched by Fundación Iguales, and other groups seeking the recognition of civil marriage for same-sex couples in Panama.

According to the foundation, they seek to reflect real stories of same-sex couples, their families and friends to the general population.

“The campaign speaks from the heart and promotes the values ​​that unite us as a family and society. Most people in Panama have gay and lesbian friends, classmates, colleagues, or family. This campaign will seek to generate important conversations in the different communities in Panama. You don't have to be lesbian or gay to have the empathy to understand that no one should be treated differently because of who they are ”, said  Iván Chanis Barahona, president of Fundación Iguales.

On October 2, the Inter-American Commission on Human Rights (IACHR) granted a hearing to Fundación Iguales, with the participation of other Panamanians, who await a ruling by the Supreme Court so that their rights may be recognized.

Representatives of the Panamanian State, organized civil society, and commissioners of the IACHR were present at the hearing.

The retrogrades who deny civil rights to others based on their own religion or dogma are the Taliban of the Earth. You do not have to like gay people, same way you do not have to marry the same sex. Grow the F!#K up, live your miserable lives and leave other people alone to live their lives. Chose to improve yourself before casting dispersion on others! BTW, is being a Cult-45 member a prerequisite to being a homophobe..or is there some self-doubt around your own sexuality? Asking for a friend..

Has anyone NOT seen the statistics, news about how many Catholic priests have been dismissed for having sex with male clergy and/or laypeople in the church? May be that is why non-priest Catholics are called Lay people? They are to be "laid" by priests?

What is all the fuss about? We haven't heard from the catholic clergy!! I GUESS NOT!! They secretly love the idea and feel that they are spreading the word and not religion just love of their own kind. When you have that many HOMOS in one CULT they will applaud the fact that it becomes legal and can then consider themselves normal and their flock is growing.

Banjaxed.. uh duh, homosexual relationships cannot produce any offspring, unless they adopt or use artificial ensimination... but then that is not a result of the same sex relations producing on their own... and no! I do not accept.

When heterosexual relationships can produce and raise such subpar offspring as displayed in the comments below, it makes me wonder why people think that homosexual partnerships are inferior.

Holy crap those people are ugly! No wonder they want same sex because no one of the opposite sex will touch them🤮🤮

Yep. This is where it starts. Next it will be "extra" rights and then to the school yards with their perversions. Better to stop this crap before it starts. The faggots have already wreaked havoc in Europe and the US and I suppose Panama cannot wait to follow suit.