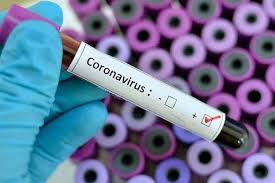 An epidemiological alert has been issued in Panama and countries of the  Americas after it was confirmed on  Tuesday that the new Wuhan virus, which has already left 17 dead in China and hundreds of people affected, has crossed the Pacific.

The confirmation came from the United States Disease Control Center (CDC), which reported that the first case was diagnosed in a 30-year-old man residing in Seatle, Washington State.

Wuhan, in China, was the epicenter of the outbreak that emerged in December 2019, with hundreds of recorded infections. The cause: a new coronavirus called 2019-nCov, which is transmitted between humans and causes respiratory diseases.

Confirmation of the first case in the United States (EU) arises after the World Health Organization (WHO) recommended that member countries strengthen surveillance activities to detect any unusual event in the respiratory health of their population.

Panama Measures
Pablo González, in charge of the international epidemiological surveillance of ports, airports and land borders of the Ministry of Health (Minsa), recommended that the population maintain all sanitary measures, mainly hand washing, and in-hospital centers, Biosecurity

"People should remember that they are the first safety ring for any respiratory illness," Gonzalez said.

The main symptoms of patients are fever, cough, shortness of breath, pneumonia and muscle pain.