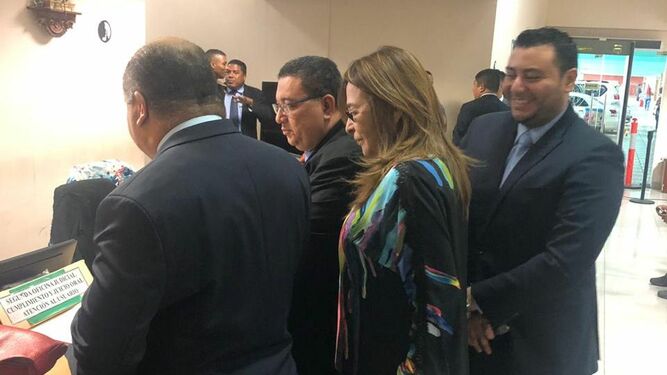 The Public Prosecutor and the complainants in the  Ricardo Martinelli wiretapping trial supported in writing on Monday, September 9 their appeal for annulment of the court ruling that declared the former president not guilty of the crimes of peculation and political espionage.

"We basically reproach the evidence, to those tests that the Court of Judgment did not assess, which was obvious, when they were overwhelming evidence," said Carlos Herrera, representative of one of the complainant parties.

The lawyer said that it is the first of two resources that they will present.

, Ricaurte González, senior prosecutor against Organized Crime, explained that the appeal must be delivered to the Superior Court of Appeals and that this instance, after evaluating the situation that has been raised, must refer the correspondence to the Criminal Chamber of the Supreme Court.

"What is important to note is that most likely there are some impediments on the subject of prior knowledge that some magistrates have and when this is  resolved and the appeal admitted, and a date set for the hearing," he said.

Among the arguments that González highlights about why they present this appeal is the issue of the valuation that was given of supposed “transferred evidence” to the seven booklets that were part of the evidence presented in this process. "We also talked about the assessment given to the protected witness, which was not appropriate," Gonzalez said.

Martinelli faced a sentence of up to 21 years in prison for the alleged commission of four crimes: the inviolability of secrecy and the right to privacy, and two forms of peculation (use and embezzlement).

On August 9, in their verdict, judges Roberto Tejeira, Raúl Vergara and Arlene Caballero, considered that regarding the first two crimes, the absence of judicial authorization to carry out the interceptions were not proven. In other words, there was no evidence that these espionages were illegal.

Martinelli went on a victory tour of malls and organized a celebration party accompanied by a mariachi band.