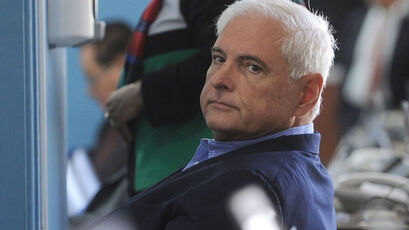 TVN has published an explanation of why the Administrative Electoral Court decided to lift the jurisdiction of former president Ricardo Martinelli for the Odebrecht case.

The most important argument the court made in the 16-page ruling that TVN Has fully reviewed, is that the judicial process that is being followed by Martinelli for the Odebrecht bribes has nothing to do with the internal elections of the RM Party.

These elections are the reason why Martinelli had electoral jurisdiction. According to the judge, the Odebrecht case began in 2015, many years before the creation of the former president's new party, so it does not interfere with his internal process.

The second reason for the court to lift Martinelli's jurisdiction is that there are several judicial resolutions, even protected by the Supreme Court, which establish that he is no longer covered by the principle of specialty that would prevent him from being tried for a different case than the punctures (illegal wiretaps) after being extradited from the US.

In fact, the ruling reveals that Martinelli lost this right because almost two months after leaving prison, he traveled to the Dominican Republic and Mexico and returned to the country voluntarily.

The Procedural Code establishes that by leaving the country after being detained and returning voluntarily, an extradited person loses the principle of specialty.

The ruling also ensures -and this is the third reason- that, although the Electoral Court had ruled on Martinelli's jurisdiction and the principle of specialty, justice had every right to request his removal again. Just as it happened.

Luis Eduardo Camacho, the spokesman for Martinelli, once again repeated the well-worn  mantra, claiming political persecution and said that the former president will not give up his rights.