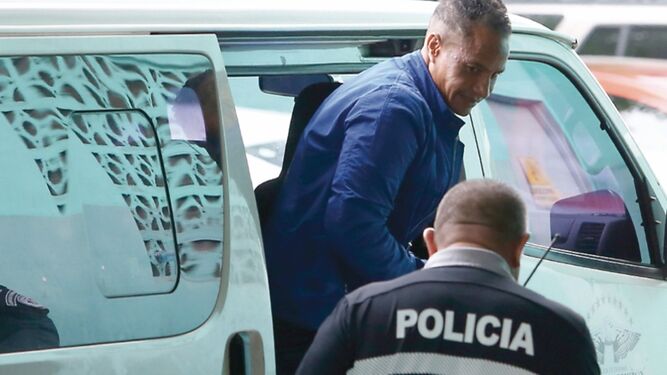 One of the key suspects arriving at the court

The , accused faced  charges  ranging  from drug trafficking, to  illicit association and corruption of officials  after  an anti-drug   investigation labeled El Gallero  exposed a criminal organization dedicated to drug trafficking in which each of the accused had an assigned task with the purpose of covering up illicit money and trafficking illicit substances, according to the Public Prosecutor's investigation from October 2016

They  will know their fate  on Wednesday October 2  at 5 pm.