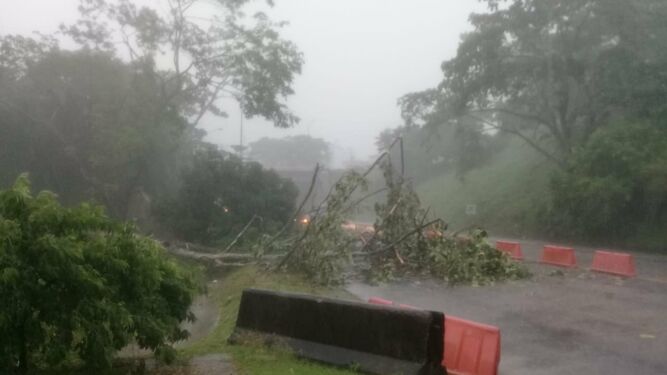 The bad weather news continues with a warning from the  National Civil Protection System (Sinaproc) on Wednesday of the passage of two tropical waves that will cause heavy rains, and the possibility of flooding, and landslides in much of the country. With waves up to eight feet on both coasts

There was flooding in many areas of the capital on Wednesday and trees were downed in the city and on Corridor North.

The forecasting and surveillance office of the Electricity Transmission Company (Etesa) foresees unstable atmospheric conditions for the Pacific and Atlantic slopes in much of the national territory.

Sinaproc calls vigilance in areas prone to flooding and landslides.

Sinaproc director  Omar Smith, said maritime reports indicate the activity of waves of three to eight feet for sectors of Colon and Guna Yala. A similar panorama in the Gulf of Chiriquí and Azuero, with waves of five to eight feet, and in the Gulf of Panama and in Darién, four to seven feet.