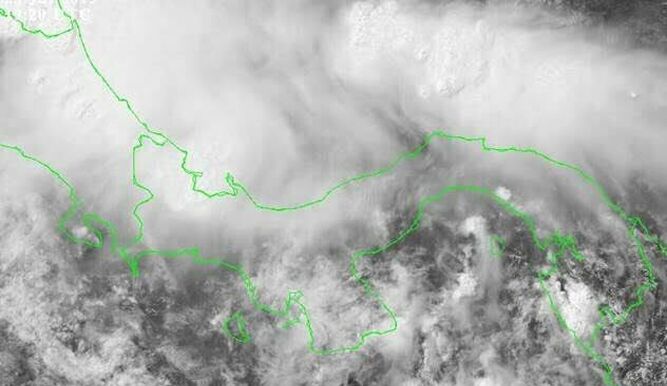 A “considerable bad”  bad weather system is forecast  for the Pacific and Caribbean slopes of Panama, accompanied by electrical activity, windy conditions. up to 27.78 km / h with an increase in wind gusts during storm events, as well as strong waves   of three to seven feet (Caribbean) and two to six feet (Pacific).

The Emergency Operations Center (COE), issued a prevention warning prevention (surveillance and monitoring) from 11:00 a.m. Sunday until 11:00 p.m. on Tuesday, August 13,  because of tropical wave No.30 on both sides. Omar Smith Gallardo, general director of the  Civil Protection System (Sinaproc), said that considerable unstable conditions are expected on Monday, August 12 and Tuesday, August 13, mainly on sectors of the Western Pacific slope, so events are not ruled out.

There will be significant short duration storms over the metropolitan area and adjacent provinces that produce moderate to strong downpours with gusts of wind.

They warn the population to avoid visiting mountains, rivers and streams. and not to cross tributaries if they observe that the waters remain cloudy and brown, as this indicates the probability of a sudden head of water.