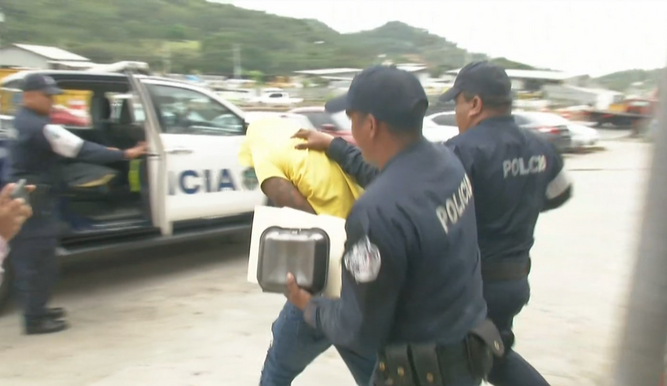 Christian Cedalise the wayward son of Supreme Court Judge, Cecilio Cedalise, who was already under house arrest facing weapons charges is one of three men ordered to preventive detention on Thursday, March 19 after the National Police seizure of 130 kilos of drugs in Colon and the arrest of nine people during a drug smuggling raid.

According to  reports of the investigations, the operation took place in the Cuatro Altos sector in Colón, where a vehicle was stopped and the cargo was checked. drug was found  For days, the Police and the Drug Prosecutor's Office guarded a workshop where metalwork is carried out to hide the drug operation.

Anyone caught with drugs, importers, sellers, users should be executed. That will stop or at least slow down the problem

Anyone caught with drugs, importers, sellers, users should be executed. That will stop or at least slow down the problem