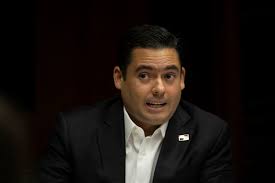 In support of the budget view of the Ministry of the Presidency, Vice President José Gabriel Carrizo made strong accusations against Deputy Juan Diego Vásquez saying that with him around the impetus of the Torrijos Carter treaties would have been broken.

Carrizo was reacting to d Vásquez's questions about the accountability of the money used during the pandemic with the State of Emergency and said that his office made a report of all the expenses that were made and that they were published in newspapers.

“ Let's respect the Assembly, let's respect the Judicial Organ, and let's respect the Executive. What could I think, of you being a deputy in 1977 when the United States said that in 30 years they would give us the Canal, I think that with your impetus you would have broken it and today we would not have a Canal, ”said Carrizo.

He said they want a generation that builds the country, not destroys it, and recommended that Vásquez read the reports from the Comptroller General that indicate that unemployment has gone from 2 digits to one digit and does not become a risk for the system.

Deputy Vásquez responded on Twitter: " Yes, I am a risk to the system, but to the corrupt system that many live on.

“The Vice President is walking in wonderland. He reads and listens to what he wants. The country must be built without corruption. I do read the opinions of the people and there are millions tired of this bad government”.

Vásquez has been one of the most outstanding deputies of the independent bench and even of the National Assembly itself for his questioning of acts that he considers incorrect and immoral, and even when he questions the ministers in the Budget Commission says TVN.