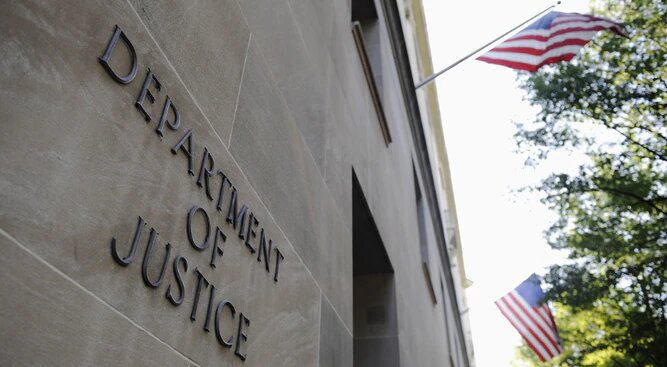 Authorities from the United States Department of Justice (US) and the Internal Revenue Service (IRS) are once again eyeing Panama after a judge authorized the IRS, to require from various courier companies and financial institutions information on US taxpayers who may have used the services of the firm Panama Offshore Legal Services (POLS) and its associates (which together it calls Grupo POLS), to evade payment federal tax.

The Department of Justice said in a statement that it seeks to trace courier deliveries and transfers between Grupo POLS and its clients, to identify those who have used the services of this group to create or control foreign assets and entities to avoid compliance with tax obligations in the United States.

Among the entities from which information will be requested are banks such as HSBC, Citibank, Wells Fargo, Bank of America and even the Federal Reserve of New York, as well as parcel companies such as FedEx, DHL and UPS. The Justice Department note makes clear that the subpoenas do not imply that these companies have done something wrong, but rather that information is sought about possible violations of US law by individuals whose identity is unknown.

The Department of Justice describes POLS as a Panamanian law firm that advertises services, including for clients based in the United States, to help conceal ownership of foreign entities and accounts.

Jon Hanna, the firm's lawyer, told La Prensa that they are studying the case and seeing what options there are to cooperate with the investigation.

He said that the fact that a person from another country has not fulfilled their obligations does not make the firm responsible. He also commented that clients are informed about the obligation to report the existence of accounts in Panama or anywhere in the world to the United States tax authorities and with the signature is relieved of any responsibility for not paying their taxes
Share
Previous Post
"Panama Papers” hearing postponed until November
Next Post
Twilight for 21migrant smugglers

Panama: Italians... Italians... My God! Why do I have a penchant for Italians in... Panama? Let's see... My Italian Penchant Facts: 1. Marcelo Odebrecht and a $9 billion campaign tied construction underground operation. - $9 billion national debt with the company alone! 2. Panama gets the ham like a pack of wild dogs! 3. Former Panama president runs off like a scoundrel with $100's millions - $billion, as part of this notoriously kick in the butt Panamanian fleece and celebration. 4. Panama Molirena party is a mafia pack with a smooth underground operation. 5. Italian Martinelli is an outright, shameful disgusting... [LIAR]! - involved his two sons in his dirty underground deeds... sons suffer. 6. Martinelli has the audacity to get himself into a Panama election campaign again without coming clean with wild Pinocchio pointy nose stories while waving a pointy finger. 7. Martinelli does not come clean and hides behind his battery of lawyers to delay court appearances and threatens lawsuits against legal prosecutor/s and others doing their job. 8. Martinelli as an Italian takes Panamanians as a bunch of naive idiots with his unbelievable pointy nose crooked stories! 9. Martinelli hides behind his underground Guatemala Parliament Impunity and gets away with his invincible attitude. 10. Martinelli represents Italy from his national background and it is a disgrace. I have learned about a hit man mobster turned evil over someone taking a few $$$ bills from a donation box. Man was a Catholic Alter boy! If... I was in Panama to witness this thing, all hell would break loose! Yet, Panama... let's it go. While Italian head banker, underground, front man, island operator makes a clandestine pact with a Panama president Martinelli to continue other malfeasance underground operations to the detriment of Panama for a celebratory festive conquest of Panama and its... Panama Canal Expansion! Yes, I must have an inborn instinct to know somethings behind the scenes to make discoveries other news journalists miss out. Critical information that would and may still be the case for another Venezuela hiatus! - hyper inflation... mass starvation... exodus of millions due to tremendous hardships. Panama Canal Expansion is an icon and I clearly see the Italians viciously with a guarded jelousy attempting to take this prize possession! All the facts and more are out there in display and I... and I.... had to plow through the morass of pieces of random worldwide news to get at the facts of every political relevance pertaining to Panama and global consequences! Even the United State concentrated on thing other than the enemy at large such as China... Russia... Iran... and the beginnings with the Panama Mossack Fonseca. Yes, there were reports of Super Powers and their [NUKES] and hacks but the very underground corruptions with this now exposed underground junkies with their grubby hands for the Panama cookie jar as was numerously published as a rotten organ went unnoticed. I and I mean I... was partly responsible for blowing the whistle on these Italian swamp creatures of the... Latino community! Yes, thank you for allowing me to bring out my ill feelings toward these Italian monsters... CAPTAIN!

What’s your beef with Italians George. ……have some of them been to shake you down in your New York rathole where you pen your nonsense ? Gia abbastanza!