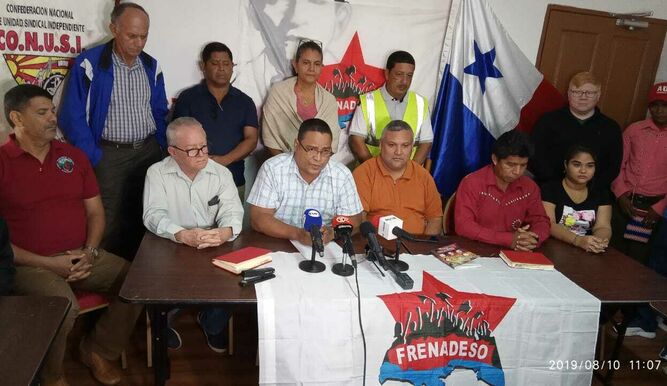 Panama’s  National Front for the Defense of Economic and Social Rights (Frenadeso)  has called for a demonstration at the Supreme Court on Monday, August 12  to protest the acquittal of former president Ricardo Martinelli on illegal wiretapping charges.

The demonstration, said Frenadeso spokespersons will be from 4:00 pm when they will send a message of indignation to both the magistrates of the Supreme Court and to the trial judges.

The union leadership considered as a "mockery" the decision taken by the Court, as they consider the administration of former President Martinelli, "one of the most repressive", for events that occurred in the province of Bocas del Toro and Colon.

They believe  the whole process "was nothing more than a show", since the ex-president has been released despite the fact that crimes were committed.