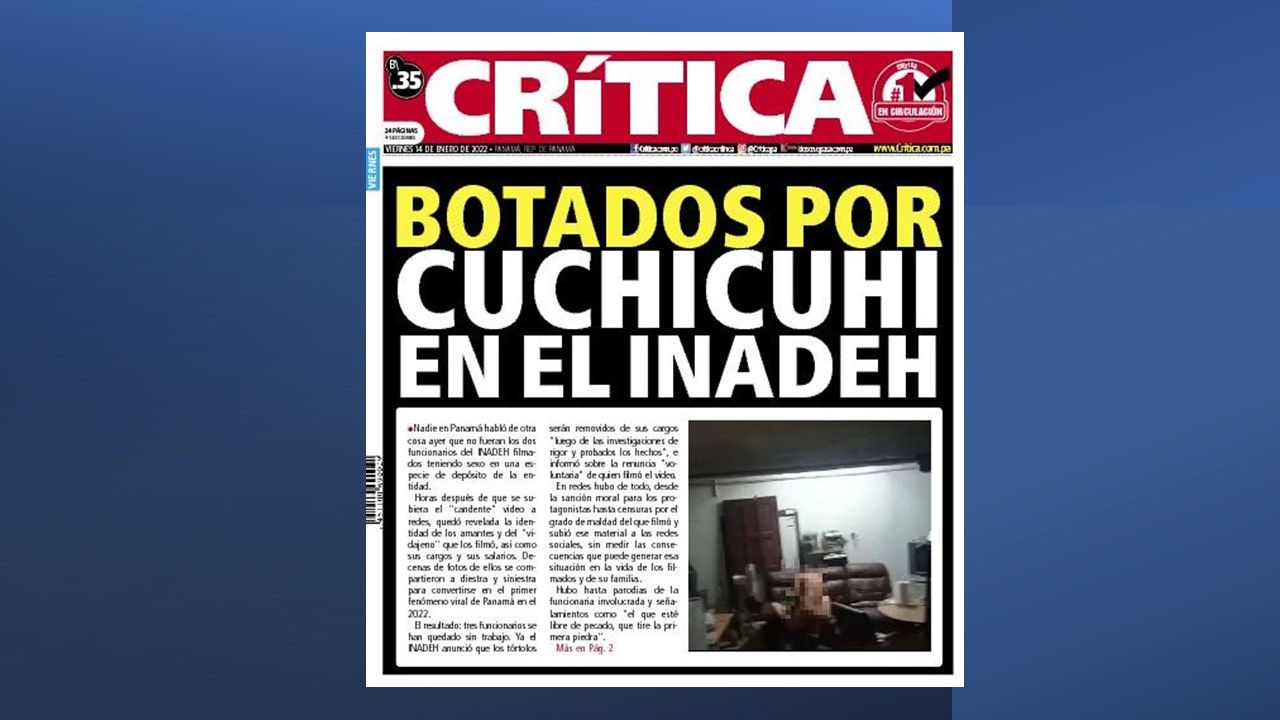 Two officials from the National Institute of Vocational Training for Human Development (Inadeh)  have been fired after a video of them having sex inside an office went viral on social networks on Thursday, January 13.

Initially, there was speculation about the veracity of the images,  but Inadeh reported that, after an investigation, both officials were immediately dismissed from their positions.

The woman involved was a department head, and the man was a chauffeur from the institution reports La Critica.

Hours after the identity of the lovers and the "vidajeno" who filmed them, as well as their positions and their salaries, were revealed. And dozens of photos were shared to become Panama's first viral phenomenon of 2022 reports La Critica  which carried the story on its  front page while El Siglo  used a photo from the video

The Inadeh announced that the couple were removed from their positions "after rigorous investigations and proven facts," and reported the "voluntary" resignation of the person who filmed the video.

In networks there was everything, from the moral sanction of the protagonists to condemnation of the one who filmed and uploaded the video to social networks, without measuring the consequences to the lives of those filmed and their family.