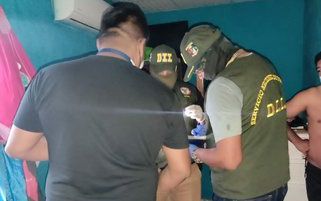 Operation “Twilight” conducted by officials the public prosecutor's office in association with the National Border Service (Senafront)   netted 21 people part of a network dedicated to the smuggling of migrants who entered the country through the Darien area and were later transferred to the border with Costa Rica so that they could continue on their way to the United States.

Raids were carried out in the provinces of Panama, West Panama, Darién, and Chiriquí, where members of the criminal network acting as “coyotes” were captured,  after charging “large amounts of money ”for the transfer of migrants.

The “Twilight” operation located collaborators of the criminal network who contacted the migrants to take them to the border with Costa Rica.

The specialized prosecutor against organized crime, Emeldo Márquez, explained that the criminal network captured migrants, mostly Haitians, Cubans, and Africans, in the migrant reception centers located in Darién and offered them, in exchange for money, to take them away. to Nicaragua.

Prosecutor Márquez said that thanks to the collaboration of the National Border Service (Senafront), the police, and the Costa Rican authorities, it was possible to mount an operation that led to the capture of those responsible for this criminal network, who may face penalties ranging from 15 to 20 years in prison.

The official said that the traffickers used a boat to bypass the checkpoints on the ground and that once on land they used various vehicles to mobilize the migrants.

23 days ago
The comments are the responsibility of each author who freely expresses his opinion and not that of Newsroom Panama.