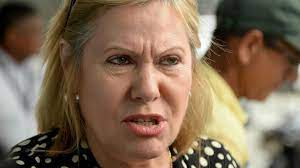 The Supreme Court has denied a request to leave the country to the deputy of the Central American Parliament (Parlacen) Giselle Burrillo, as part of the process that is being followed for the alleged embezzlement to the detriment of the Authority of the Micro, Small and Medium Enterprises (Ampyme).

In a hearing held on Thursday, August 4, the plenary session of the Court – the instance before which the criminal proceedings of the deputies are aired – decided not to accede to Burillo's request, arguing that she did not present an adequate justification for leaving the country. .

The act was presided over by Judge José Ayú Prado, as substantiator, while Judge María Eugenia López Arias acted as prosecutor.

They also decided to maintain the precautionary measure preventing her from leaving the country for this process.

Burillo is prosecuted for alleged embezzlement to the detriment of Ampyme between 2011 and 2014 when she directed the institution.

In June 2020, three former Ampyme officials were sentenced to 36 months in prison for the crime of embezzlement, as a result of irregularities in the execution of 38 minor contracts with the company Grupo Orme, SA, for the mobile plant transport service in the country. It was concluded that there were inconsistencies and irregularities that caused an injury to the State of $91,913. Burillo's case was sent to the Court for being a Parlacen deputy.