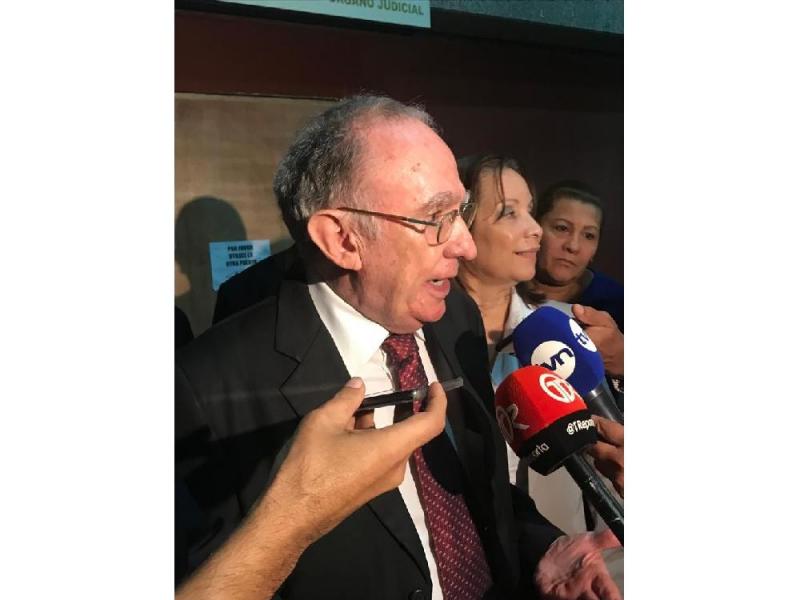 Dr Mauro Zúñiga a victim of wiretapping during the Ricardo Martinelli administration and a witness in the trial of th ex-president has no doubts about who was behind the interception of his emails and harassment by people following him and his family. At one stage while giving evidence on Thursday, June 27 he got up from his chair, turned to the left, fixed his eyes on the room,. raised his right arm and pointed directly at Martinelli as the man behind the harassment.

Zúñiga appeared for four hours as the fifteenth witness of the prosecution, acting as victim and plaintiff, in the trial of  Martinelli accused of illegal interception and embezzlement.

The 76-year-old doctor said that he knows that the accused was the one who ordered him to follow because during his term "not even a  a fly moved without his authorization", because "he was numero uno and everything was under his mandate. "

He said  that he headed the Association of Physicians, Dentists and Related Persons of the Social Security Fund (Amoacss) for eight years , and was a  sharp critic the Ricardo Martinelli government.

That is why he says he and his wife were followed by a car without license plates, and that when he rebuked the driver, he responded that he was following orders from "number one". He said that the car stopped on the street outside his building and that when he left they followed him. But, instead of doing it covertly as would be expected with a task of this nature, the driver of the car would lower the window to make himself visible and intimidate him.

On one occasion  when his wife was followed in a beach sector by a car with no plates they took refuge in the  San Carlos, police station nut didn’t mske a denunciation. "For what", said the doctor.:" Martinelli was the president it would mean nothing.”.

Carlos Carrillo, defender of Marinelli , alleges that Zúñiga's accusations are the product of his lawyer's feedback, which provides him with a summary of what happens in the hearing. "That of naming the boss, and of knowing what another witness said earlier in the hearing that the fact of the expansion what he promotes is to sustain an accusation that has no basis."