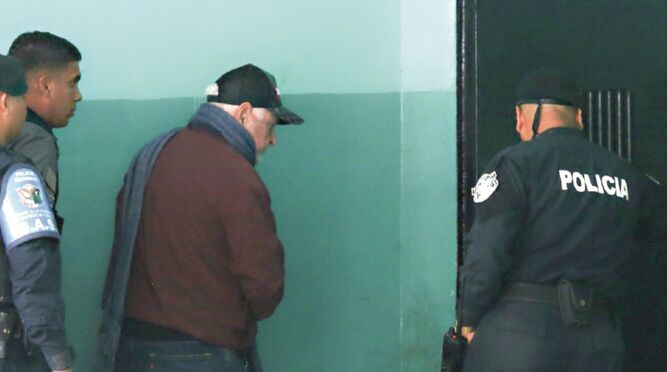 The  three-man “special affairs” team spying on over 150 people in Panama during the reign of ex-president Ricardo Martinelli did not report to the bosses of the Security Council (CSN), but were ordered to report directly to the president said a protected witness during the Martinelli’ wiretapping trial on Wednesday, June 5.

According to the witness, agents Ronny Rodríguez, William Pitti and he did not report to either Gustavo Pérez or Alejandro Garuz, but both were aware of the existence of the group.

He said that upon the arrival of Gustavo Pérez at the 150th building of the CSN -in March 2012- he was taken to a tour of the place and Ronny Rodríguez informed him of what was being done there. At that time, the Da 'Vinci spy system was in operation and Perez recommended that it be removed from these facilities and taken to the F & F tower - known as the screw - where he had offices. However, Rodriguez explained that Martinelli decided to stay there.

The witness said he was not sure if Perez knew about the interceptions with the Pegasus system since he did not report them to him.

As for Garuz, who arrived at the CSN in September 2012, he explained that he was only informed of the interceptions made to Filemón Medina, former secretary general of the Union of Journalists, with whom he had had an altercation.

In his evidence, the witness also detailed interceptions on the phone and emails of numerous opposition politicians.

Carlos Carrillo, of Martinelli's defense team, said his client complained about how extensive the producing evacuation of prosecution witnesses has been and asked the judge to streamline the process.