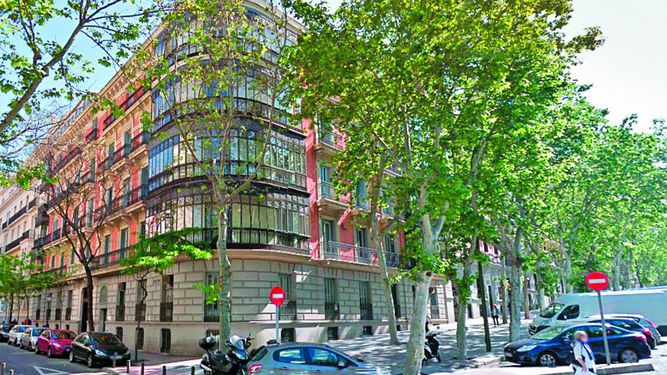 The Judicial Police of Spain has put the magnifying glass on 6 million euros deposited in bank accounts in that country by the family of former President Ricardo Martinelli Berrocal, which is suspected of being part of the bribes that Odebrecht paid in Panama, in exchange for infrastructure public contracts.

Of that amount, 4 million euros were used to buy a "luxury" apartment in the exclusive neighborhood of Los Jerónimos, in Madrid. , acquired in 2014 by Ricardo "Rica" Martinelli Linares -son of the ex-president-, to through a company called Iberian Real Estate Development.

The 393-square-meter apartment has been seized since April 2017 by the Spanish authorities, in response to a request from the Special Anti - Corruption Prosecutor of the Public Ministry of Panama. The apprehension request was sent to the Kingdom of Spain on March 7, 2017, and answered on April 24, 2017.

The latest reports from the Judicial Police of Spain were released this Tuesday, August 31, 2021, in a note from the digital medium Vozpópuli. The police agents -according to this journalistic note- advise the National Court of Spain to request assistance from the Panamanian authorities, to clarify the origin of the 6 million euros used by the family of the ex-governor, although they consider it "plausible" that these amounts come from of Odebrecht's “bites”, channeled through the lawyer Mauricio Cort, who in Spain has been widely identified as a frontman for the Martinellis.

According to the Vozpópuli note, the "suspicious" origin of $4.3 million used by Rica Martinelli through the development company Iberian Real Estate, deposited in a Madrid branch of Novo Banco, motivated the Portuguese bank to send an alert, in July of 2016, to the Executive Service of the Commission for the Prevention of Money Laundering and Monetary Offenses (Sepblac), the supervisory authority for the prevention of money laundering in Spain.

The Police also alert about accounts opened in the name of Escania Financial Corp., another company associated with the Martinelli, which recorded revenues of $1.4 million, between 2009 and 2014, allegedly from the sale of a store in a shopping center in Panama. That information was told at the time by Evelyn Vargas Reynaga, lawyer for Ricardo Alberto and Luis Enrique Martinelli Linares, and would correspond to the sale of an establishment in the Los Andes shopping center. Vargas Reynaga declared having traveled to Madrid on several occasions, to sign the deeds and close the sale of the apartment in Los Jerónimos, following the instructions of Rica Martinelli.

Martinelli, his two sons, and Vargas Reynaga are on the list of 49 people for whom the Special Anti-Corruption Prosecutor's Office is requesting a trial for alleged money laundering.