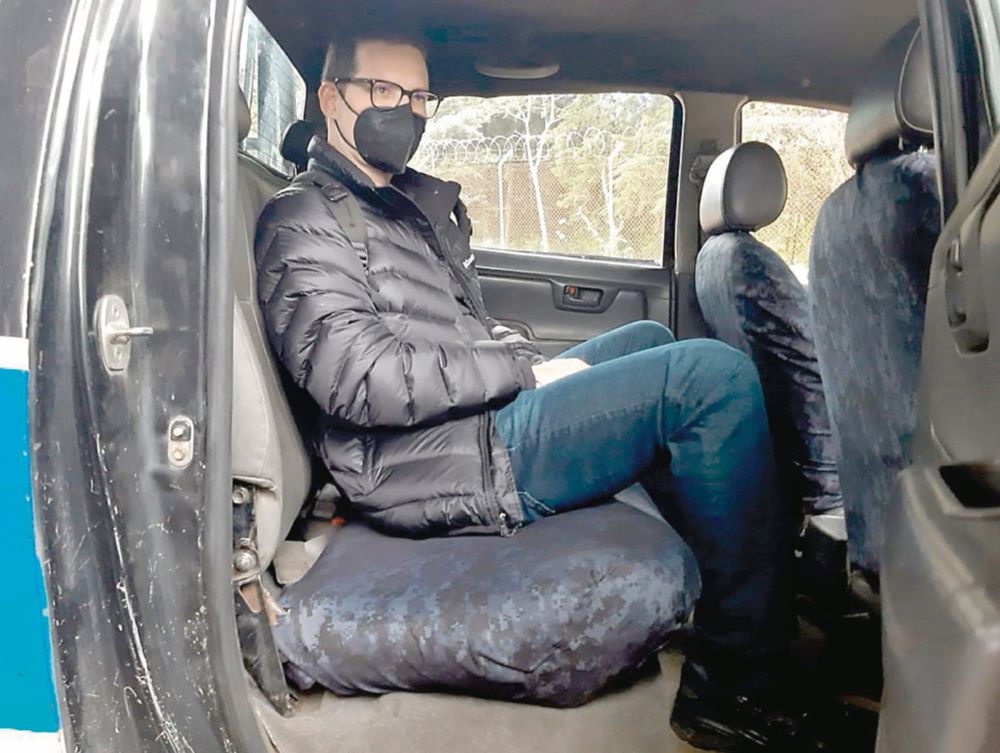 Luis Enrique Martinelli Linares, son of former president Ricardo Martinelli, pleaded guilty on Thursday, December 2, to having participated, with his brother Ricardo Alberto and "others", in a scheme to launder the bribes paid by Odebrecht, through US banks.

In a hearing held before Judge Raymond J. Dearie of the Eastern District Court of New York, Martinelli Linares pleaded guilty to one of the five charges against him, specifically one of conspiracy to launder money, and admitted that his 42-year-old brother Ricardo Alberto Martinelli Linares participated in the crime. Ricardo remains detained in Guatemala awaiting extradition to the United States.

The reading of the sentence will be on May 20, 2022, and, for now, Martinelli Linares, 39, will continue in the Brooklyn detention center, where he has been since November 15, when he was extradited from Guatemala.

Unnamed “High Official”
Judge Dearie validated a 13-page plea agreement filed by prosecutor Breon Peace and Martinelli Linares' defense attorney James McGovern, in which the defendant acknowledges that he and his brother served as intermediaries for the reception and payment of approximately $28 million in bribes between Odebrecht and a former "high-ranking official of the Panamanian government," who was a close relative of the defendants.

It has not been identified who that high "official" is, but the events occurred between August 2009 and January 2014, which corresponds to almost the entire presidential term of Ricardo Martinelli says La Prensa.

As part of the settlement, the defendant will return $19 million in assets and accounts, the majority of which was deposited in Switzerland.

The maximum sentence for conspiring to launder money is 20 years in prison, but the sentence would be less since there is a plea agreement. Judge Dearie warned that he will take into account the recommendations of the Bureau of Prisons and the Brooklyn prosecutor's office and that the sentence would not be greater than 151 months in prison (12 years and seven months).

Martinelli Linares' lawyer has asked that his client be recognized for the 16 months he was detained in Guatemala, awaiting extradition.

In Guatemala, Ricardo Alberto Martinelli Linares remains in custody,  accused of three of the five charges that are handed down to his brother, including the one for which he pleaded guilty,

The judge explained to Martinelli Linares that with the plea agreement he is renouncing his right to be tried by a jury of conscience and he cannot file an appeal unless the sentence is greater than 151 months in prison.

The other four charges in the indictment will be dismissed.

Panama: Martinelli must compensate sons for U.S. NY State years of Imprisonment! It's the only thing to do. Rob the Panama State and get an extra 10 % commission with the approval of the Panama National Assembly and Yanibel Abrego! It's time for the Electoral Tribunal to kick over drive the Martinelli - Sons as... Panama president and vice president! A hero's welcome!

TODAY I GOT MY DESIRED XMAS LOAN AMOUNT $520,000.00 FROM A RELIABLE AND TRUSTED LOAN COMPANY. IF YOU NEED A LOAN NOW EMAIL CONTACT drbenjaminfinance@gmail.com Hello, I'm here to testify of how i got my loan from BENJAMIN LOAN FINANCE(drbenjaminfinance@gmail.com) I don't know if you are in need of an urgent loan to pay bills, start business or build a house, they offer all kinds of loan. So feel free to contact Dr. Benjamin Owen he holds all of the information about how to obtain money quickly and painlessly without cost/stress via Email: drbenjaminfinance@gmail.com Consider all your financial problems tackled and solved ASAP. Share this to help a soul right now THANKS.

Panama: Martinelli's Son Pleads Guilty in a Plea Deal... Father Implicated!!! Panama former President Martinelli has now been (unofficially)... IMPLICATED!!! Martinelli (father) the... MASTER MIND BEHIND THE SERIES OF CRIMINAL UNDERGROUND. NOW, waiting for his other son to be... EXTRADITED TO THE U.S TO FACE EVEN MORE CHARGES!!! Martinelli... IMPLICATED WITH ALL HIS SONS!!! Panama court will... (we all know) ... will dismiss charges against Martinelli's - MONEY LAUNDRY!!! Point in Question: Martinelli Son (First one pled guilty) the first day on... THURSDAY ON ARRIVAL!!! How that for... JUSTICE MR. MARTINELLI AND YOUR PARTY CORRUPT REGIME WITH YANIBEL ABREGO!!! A little revenge for your brutal slapping of a former president's brother!!! MR. MARTINELLI... YOUR A HIPROCRITE, A LIAR AND A THEIF!!!