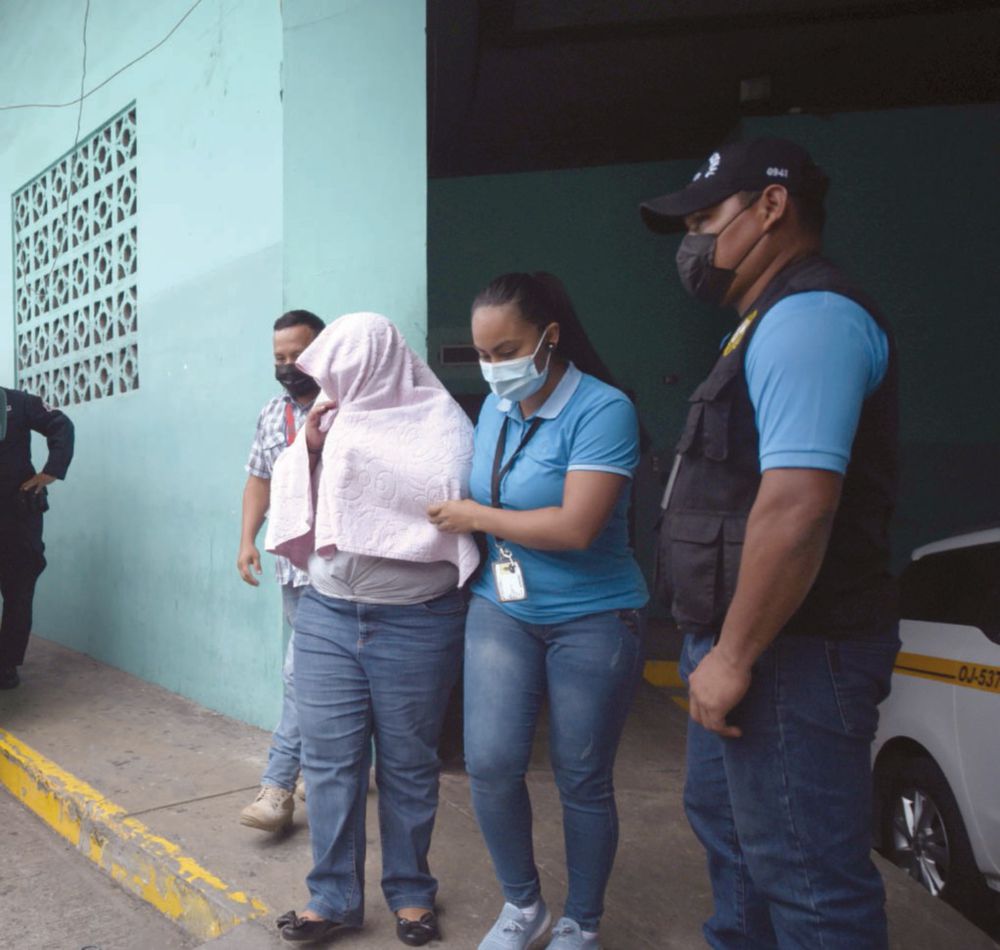 More details are emerging of the investigation of the Fundación Chilibre Panamá (Funchipa) –which ran a shelter in Tocumen and the part played by the former director of the center Xenia Medina,69, who was arrested on Saturday, March 6 and  in preventive detention for the alleged commission of the crimes of embezzlement and abuse of minors.

Sources consulted by La Prensa  defined Medina as a woman "with ease of conviction to be supported in any project that she had in mind."

She had no fixed address as she moved every two months but was located in San Felipe, and arrested on March 6

The investigations followed by the Public  Ministry also reveal that it was she who "recruited" Xenia Moreno, the foundation's former legal adviser - which began operations in 2009 - and who is also detained as part of the process.

The two are apparently connected by a family bond, according to sources.

In this case, there is a third detainee, Itzel De La Cruz, who faces abuse charges.

De La Cruz is pointed out by some of the victims as the person in charge of applying the "discipline." According to the minors, she locked them in a punishment cell known as “la comarca”, left them without food and even forced them to sleep on the floor for allegedly misbehaving.

The investigation into alleged mismanagement of the subsidies assigned to the shelter by the Ministry of Social Development (Mides) is based on an audit carried out by it and covers at least $90,000

The Mides audit - which denounced the case in 2020 - detected that between April and November 2019 there were unbudgeted and unauthorized expenses.

According to the document, invoices from the center were paid with the subsidy funds for up to $92,022. In addition, professional services not contemplated were invoiced to the company Ecsa Asesores Tributarios SA, for an amount of $18.000

Funchipa also had an allocation of $7,000 for the purchase of food, but the auditors found expired food.

A 4 part documentary of a survival victim. Understand how and what is happening and by who! Overcoming Elite Child Sex Slavery & Pedophilia - Anneke Lucas https://cetv.one/programs/elite-pedophilia-sex-rituals-anneke-lucas | FALL CABAL PARTS 1-10 - THE WORLD IS ABOUT TO CHANGE - JANET OSSEBAARD (this is an extremely shocking documentary that will shock you to your core but has a positive ending) https://www.bitchute.com/video/KMBcAvYH1f3L/ | If you want to know what the government media is hiding from you about COVID-19 and the other pandemics this is the video for you. https://153news.net/watch_video.php?v=U2MO9D8A8U2D

Panama | Underground Operations Reaches Children's Shelter. Shady characters...front men, henchmen and institutions lack of foresight. Panama is emphatically notorious for it many varied forms of its criminal underground. First crime on the list of agendas... 1. State Funds and ineffective laws to guard citizens tax payers treasury allocations. 2. Cut medical supplies, medicines and Social Security...quality of health services. 3. Cut education tuition. 4. Contact Brazil's Odebrecht for more campaign funds for re-elections for... old timer millionaires in their elite ranking club. 5. Contact Guatemala's Parlacen for an opening as deputies to be sworn in for the purposes of impunity corruptions against the state funds and various other crimes of Panama. 6. Contact Mexico's underground for drug routes through the use of Panama to the United States. 7. Release 100's Panama prison inmates with Presidential pardons for a...[unified]...efficient underground reign of institutional infiltration. 8. Contact children's shelter and gain legal knowledge of quick access to shelters funds. 9. Infiltrate shelter institutions with a legal attorney and family of heavy weight, under educated qualified conmen and women on the rush for quick cash and sexual favors. 10. Infiltrate Panama's police department with an aligned underground presidential operation with bonuses. 11. Infiltrate Panama's jail system favoring...high wheeling...and dealing king pin gangsters. 12. Infiltrate Panama's court system with false real estate bonds for quick jail bond release. 13. Infiltrate Panama's security system with foreign high tech surveillance systems with underground cash purchases. 14. Pay the Panama president to look the other way for the...[untouchables]! 15. Panama ignores foreign interference for shared mutual crack down on the... underground crime crimes activities with proven U.S. economic job creating deals. --- Children shelter abuses from this type of operation is the last line of defense that has proven an utter failure of the Panama Cortizo administration. Now, for the arrest of a...few. Panama should get the world's fascinating recognition award...(a joke).