Scores protected from criminal trial by an outdated law 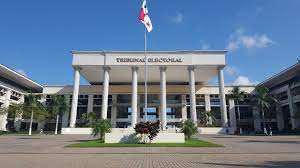 Scores of members of political parties have criminal electoral jurisdiction as a result of different internal processes and the number will increase as the electoral calendar of the groups' advances reports La Prensa.

In the Realizing Goals (RM) party, headed by former president Ricardo Martinelli, at least 20 directors have been granted immunity since January 28. If any authority needs to prosecute them, they must request the Electoral Court (TE) to remove that armor, one of the main obstacles to the progress of criminal processes.

The most recent example is that of the New Business case, whose preliminary hearing was postponed to May as a result of the jurisdiction that Martinelli acquired due to his status as president of RM.

With the changes made to the Electoral Code in 2021, the process to withdraw the electoral jurisdiction it must first be reviewed by an Electoral Administrative Court and, if there is an appeal, it passes to the plenary of the TE.

Once again,  says La Prensa, the debate returns with force: the criminal electoral jurisdiction as an obstacle in the course of the investigations and, if any authority needs to investigate a registered politician, it must request the Electoral Court (TE) to withdraw this privilege.

However, with the changes to the Electoral Code that took place last year, this process is now more complex: the competent authorities to lift the jurisdiction are the Electoral Administrative Courts, while the full Electoral Court will act when it comes to an appeal.

The issue became evident after the Third Criminal Court Liquidator was forced to postpone the preliminary hearing of the New Business case until next May, after the lawyers of former President Ricardo Martinelli -one of those investigated in this process- invoked electoral criminal jurisdiction as of January 28, because Martinelli is the president of RM.

Article 260 of the Electoral Code says that the jurisdiction enters into force from the beginning of the campaign period until the last proclamation of the event is executed.

Protecting criminals
Four deputies from the independent bench of the National Assembly presented a legislative proposal that seeks to eliminate electoral criminal jurisdiction  “A tool that protects criminals, weakens democracy and has no sense of being”, published the deputy Gabriel Silva on his social networks.

The PRD already has the process underway to choose the 4,200 delegates who will choose the new board in May.

The CD party chaired by Rómulo Roux, a list of candidates for internal elections that are held to fill vacant positions in some district and corregimiento boards of directors was also published. The CD board has nine members, including deputy Yanibel Ábrego.

The Panameñista Party, chaired by José Isabel Blandón, is also preparing for its own electoral process. It plans to elect party directors, executive secretarial positions, national delegates, and others next March.

The rule
According to article 261 of the Electoral Code, the electoral jurisdiction is lost if the Electoral Tribunal lifts it. In addition, the taxpayer may renounce it before the TE or before the competent authority expressly or tacitly.

Requests for removal of jurisdiction must be approved by in the first instance, by the Electoral Administrative Courts and, on appeal, by the plenary session of the TE.