Robbery not motive in murder of American 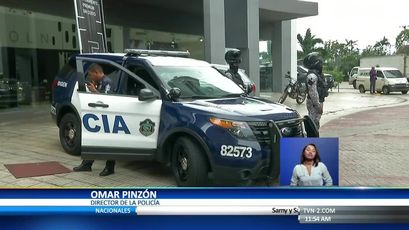 THE MURDER  of an American citizen in a  Punta Pacifica restaurant on Thursday morning,  January 4, was not connected to robbery  said the  Public Prosecutor's Office (MP) later in the day

"For the time being, robbery has been ruled out as done, since according to the preliminary investigations it was a direct attack against a customer ", according to a press release

The American was shot and wounded in the head and two people of Italian nationality were also injured during the incident.

Reports indicate that two suspects   involved could be seen running from the scene, The person who pulled the trigger  wore a black sweater, jeans blue jeans and black cap with clear letters on the front

The MP calls for the collaboration of witnesses, in order to identify those involved. The

identity of those who collaborate with the investigation will not be revealed says the MP.