Remembering the victims of US invasion 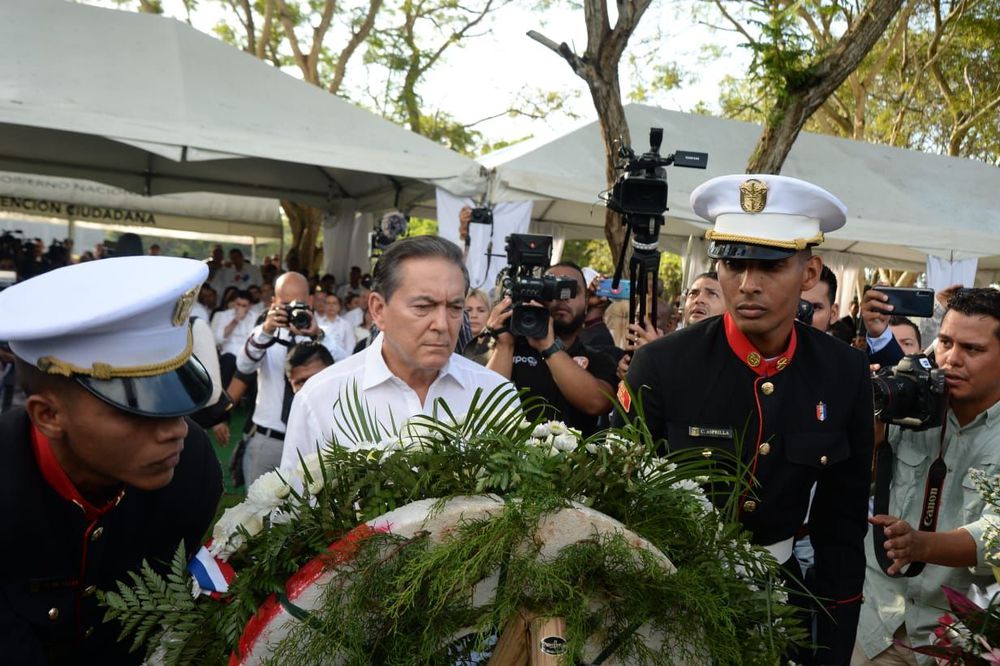 President, Laurentino Cortizo laid a wreath in the Garden of Peace  on Friday  in memory of the victims of the US military invasion on Friday, December 20, 1989, and  announced his support for the commission preparing an investigation to  determine the facts of the event which led to the deaths of   hundreds  of citizens, Government  authorities, relatives of victims and other sectors of society attended the ceremony.

Same way they took out Bin Laden should have been applied to Noriega. Small elite force. No overwhelming force and "collateral" damage. Many questions remain. Testing new equipment? Payday for military industrial complex?

harpy but also lets remember the photos of the US soldiers driving over cars full of women and children in APCs ...heroes no ... murderers yes .Custer had the same idea , go in wipe out a indian encampment and clamp he fought a great battle , didnt work so well when he had to face the men and not just women and children

The Torrijos-Noriega dictatorships murdered approximately 200 Panamanians from priests (Gallego) to teenage girls (Rita Wald) who had the courage to oppose them. The banging of pots and pans and the waving of white hanker chiefs was not going to bring down Noriega. In 1989 the transfer of the canal was only 10 years away and it appeared that Noriega would be in charge of the government that would receive the canal. It is a tragedy that approx 250 civilians died during the fighting but the 300 odd members of Noriega’s military who died fighting for the dictatorship are by no means victims. The history regarding the events which lead to the US military action are now being twisted or outright ignored. Dec. 20th should be celebrated and the courageous Panamanians who died because they challenged murderous dictatorships deserve to be honored on that day. Panama is now a democracy and its citizens enjoy much more freedom of expression than before. The canal now generates billions in income because it is run by competent Panamanians. Much of what we have today would not exist if it were not for the removal of Noriega in 1989.