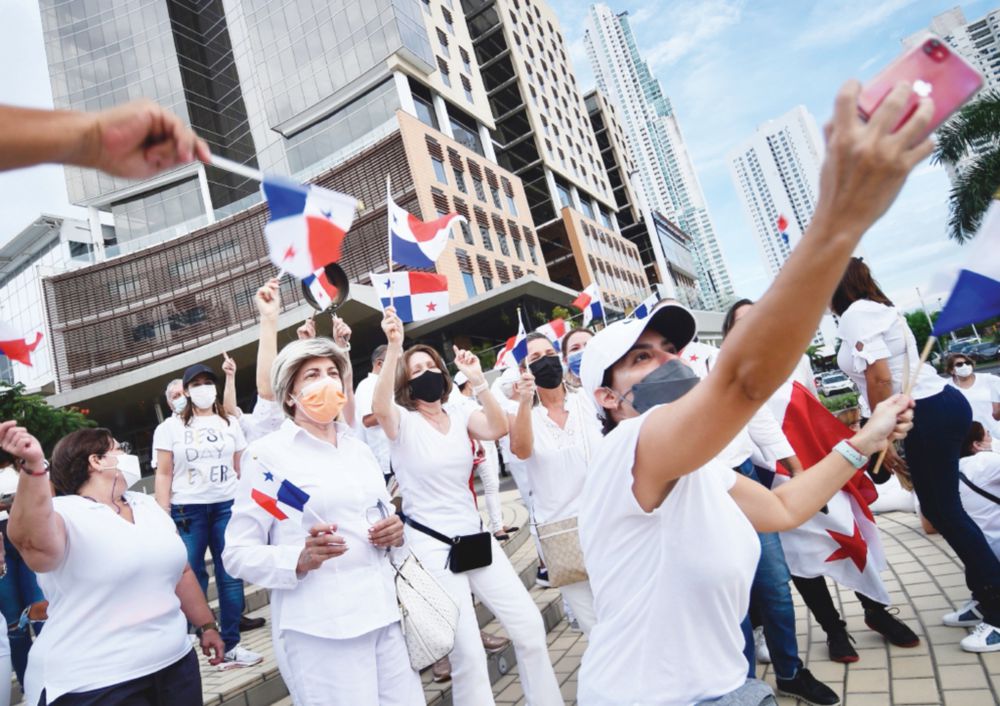 Protests will continue against electoral reforms contained in Bill 544 currently being debated in the National Assembly with a call for the creation of a human chain on Wednesday, October 6.

Protestors will gather on Calle 50, corner of Novey, -old Danté, ar 4 pm in civic protest to how the deputies carry out the debate on electoral reforms. to stop what they have called an "electoral trap."

Aurelio Barría, ex-civilista, tweeted that he will participate in the protest "against the corrupt and deceptive parliamentary dictatorship that squanders public funds for its own benefit, intends to continue without approving electoral reforms / Residue, Penal Jurisdiction, Parity, and Electoral Subsidy."

The changes to project 544, which destroy the one-year work of the Electoral Reform Commission –which brings together all sectors–, have provoked protests from citizens, who demand transparency and equality for a fair contest.

Panama: Protesters... To the World with the List of Corruptions. The world will know by your analytical investigation and public signs the seriousness of Panama's government corruptions. Do not hesitate to list the presidents and back up the crimes listed with the facts! Use good illustrated art work of Pres. Cortizo's / Abrego's environmental destruction of... Panama's soil and the dangerous harbor of mosquitos near Abrego's home. List the Corruptions for your demonstration signs.... too many fronts, too many battles and too many foreign interference with... Panama's financial affairs, economy and political agendas against the Panamanians. It's called the... Panama solution, destructive forces against... Democracy! You have the facts, use the internet and get the word out. Pandora Papers proves three (3) Panama president secret underground accounts. Panama president Cortizo is not listed because of his Constitutional protection. Cortizo Manure / dirt business operation with Abrego with aerial photos supplies your evidence of facts. Do not be discouraged... Panama's legal system is corrupt with... KEY... witnesses left out of the legal proceedings such as... Martinelli's partner in crimes for State funds theft... Chich De Obarrio whose location was known and detained / released from Italy's prison. Fugitive Chichi Walks Free. The Milan Court has ordered the release of Adolfo Chichi De Obarrio , detained eight days ago at the request of the Panamanian authorities, who require him for extradition. The information was confirmed by Gabriele Minitti , De Obarrio's lawyer, who also indicated that his client had already been released from prison and, at the moment, is without precautionary measures. His passport was not even taken away or a bond was imposed reports La Prensa. “He is a free Italian citizen. Italy is not going to extradite him”, the lawyer stressed. Source: NewsRoom Panama <> Panamanians... you have the facts! Panama is corrupt and they will beat you in the streets with powerful forces to take away your financial securities and freedom! Do not trust your government of... Fake - Panama Italian Mafioso's!