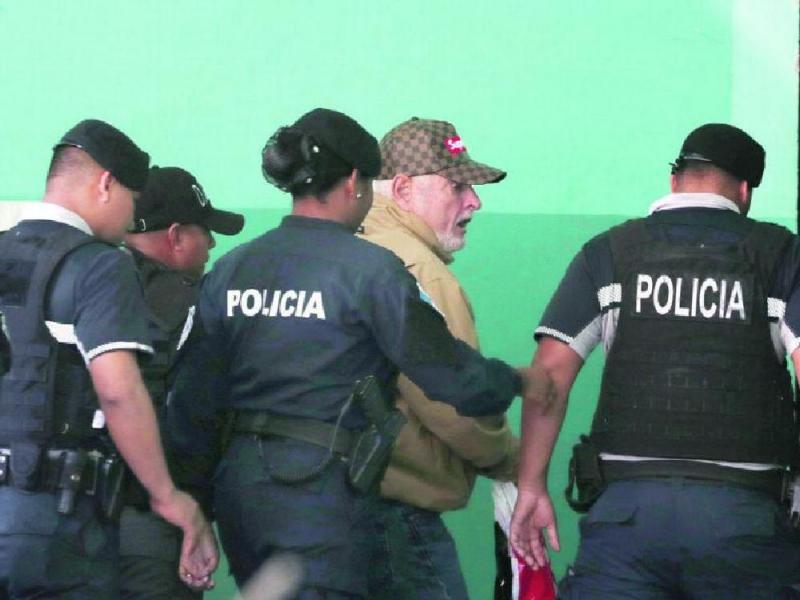 A protected witness in the spying trial of former president Ricardo Martinelli was photographed by members of the defense legal team after he delivered explosive testimony of the operations of a small team spying on political leaders, judges businessmen, and even the president's mistress.

The protected witness requested protection for himself and his family for fear of reprisals. The trial court prohibited anyone to approach, reveal or present images of him.

The witness, a former official who worked at the Security Council (CSN), reported that during the administration of Martinelli three spy systems teams were acquired

The first was installed at a Super 99 office in Punta Pacifica the first two systems teams did not meet expectations and the Pegasus system was acquired, which gave full access to the cell phones of targets and with which the camera could be remotely operated and record ambient sound. The spy team was trained by a group of Israelis who stayed at the Miramar Intercontinental.

He confirmed that  Ronny Rodriguez, one of the team members delivered a daily consolidation report on espionage activities to  Martinelli.

He recalled that this team managed to record a conversation between deputy Zulay Rodríguez and her husband, Álvaro Testa and that Martinelli gave instructions for a video to be made and then uploaded to  YouTube.

The witness recited a list of  PRD  victims of the spying activity  among them, the president-elect, Laurentino Cortizo, Balbina Herrera, Mitchell Doens, Francisco Sanchez Cárdenas, Juan Carlos Arosemena and Pedro Miguel González, among others.

In the Panameñista Party, the targets were the current president  Juan Carlos Varela; his brother and deputy José Luis Varela, and the current mayor of Panama, José Isabel Blandón.

There were also members of the Cambio Democrático party, such as former presidential candidate Rómulo Roux, former education minister Lucy Molinar, and Aurora, whom he identified as "President Martinelli's lover".

They were spying on officials from the United States Embassy, ​​ and businessmen Nicolás González Revilla, and Stanley Motta.

Aurelio Vásquez, from the prosecution team, said that the evidence s of the protected witness was overwhelming, and confirmed in detail the circumstances already described by other witnesses.

Once the defeat of  Cambio Democrático in the elections of May 2014, was known he was ordered to dismantle all equipment, including two laptops - one of which was in the hands of the ex-president that were restored to their original state with everything,  deleted.