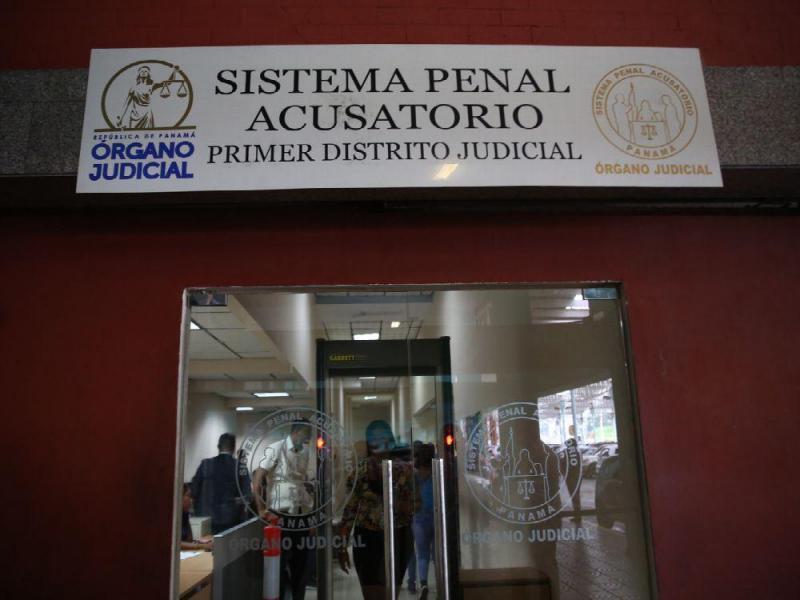 A protected witness in a  hooded robe reaching to his feet and dressed in black, including gloved hands to hide his skin color, on Thursday, May 30   was the first witness to point directly to former President Ricardo Martinelli as the author of petitions to spy on different targets.

Martinelli  is on , trial for illegal spying on political opponents, journalists trade unionists and businessmen. . The witnessed testified that he entered The National Police in 2009 and the Security Council in 2012 where his functions, included infecting telephones with the Pegasus equipment acquired by the government, and other equipment that served to infect computers and to know the files of the people they had been ordered to intervene.

It began with the the system provided by the Israeli company MLM capable of infecting computers through a  spy program  The methodology to see the folders or files was a bit tedious so the program worked until 2011 when  his comrade Rony Rodríguez told him and William Pitti (now fugitives)  about the presence of a program that the President  wanted them to take over.

The program from the  Italian  Da Vinci Hacking Team company accessed emails and could activate the microphone of the computer in addition to taking pictures of the screen and even record the taps that the user made on the computer keyboard to know what he was writing.

The Italian system could also work with BlackBerry. mobile devices that were most used at the time. So they managed to access, for example, the computer of Balbina Herrera and know her email code, download files and even know the content of the emails that had not been sent.

The protected witness also described that they were able to access the mail of the political leader Mitchell Doens and know the money that his wife had in the bank account that was approximately $45,000.

With the same system, they also infected the computers of José Luis Popi Varela and other political leaders. However, the system collapsed and the Security Council was forced to acquire a new one -  the Pegasus  much more sophisticated team with which they could access all the mobile data of the target people The relevant thing about the protected witness is that he was the

Daily reports
His partner and boss Rony Rodriguez told him at one point that the president wanted to have a closed circle to operate the devices and that he was given a report in a yellow envelope daily that was left in the Presidency every morning. When the president was traveling, the reports accumulated until he arrived at his office.