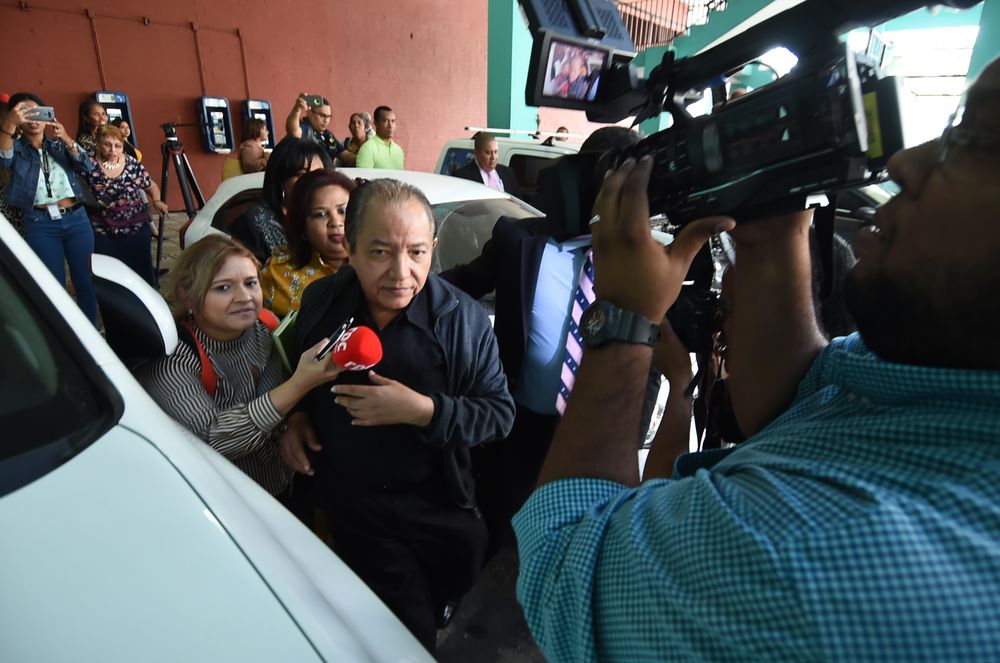 The priest faces charges of concealment in the investigation of the death of Eduardo Calderón Ramos on July 7, 2018, in room 47.

It was clear that Cosca reserved room 47 at the hotel, where he was well known, with his personal visa card. Minutes before 7:30 on the night of Friday, July 6, there was communication between Cosca and Hidadi Santos Saavedra, and   “at this time the contact was good”.

Prosecutor Marquez said that time they both left the room, but as seen in the hotel video each one proceeded as if they did not know each other. The blood samples collated and belonging to the victim, are acts tending to avoid the investigation hiding evidence.

According to the autopsy performed on the deceased, he died of hemorrhage and cranial trauma. His body was found in a corridor which, like room 47, had been cleaned by

At first Cosca told the detectives that he showed up at the hotel to meet with Hidadi, to do a spinal therapy in the pool, but the hotel video does not record that he was in the pool. He also had to take  Hidadi’s confession in room 47.

Another testimony revealed that the alleged exorcist was going with Hidadi to Chepo and, while he was driving, Cosca was touching his former altar boy and drinking liquor and smoking cigarettes. Another 32 tests came to light at the hearing and it was revealed that Cosca had lost his cell phone.

Not the Church
El Siglo spoke with the seminarian Danilo Landero of the San José Major Seminary, who assured that all priests  do not act in this way.

"This is not the Catholic Church, Father Cosca must face justice and we must wait for the investigation to end, in any case his behavior towards society is very bad," he said.

Cosca has denied  having 7 bank accounts, “I have a foundation whose interests are for the church, for $156,000, another one for Youth Explosion and another one for an inheritance from my mother's marketing, outreach campaigns.

The accounts of the priest have not been subject to any control. The church is silent says El Siglo.