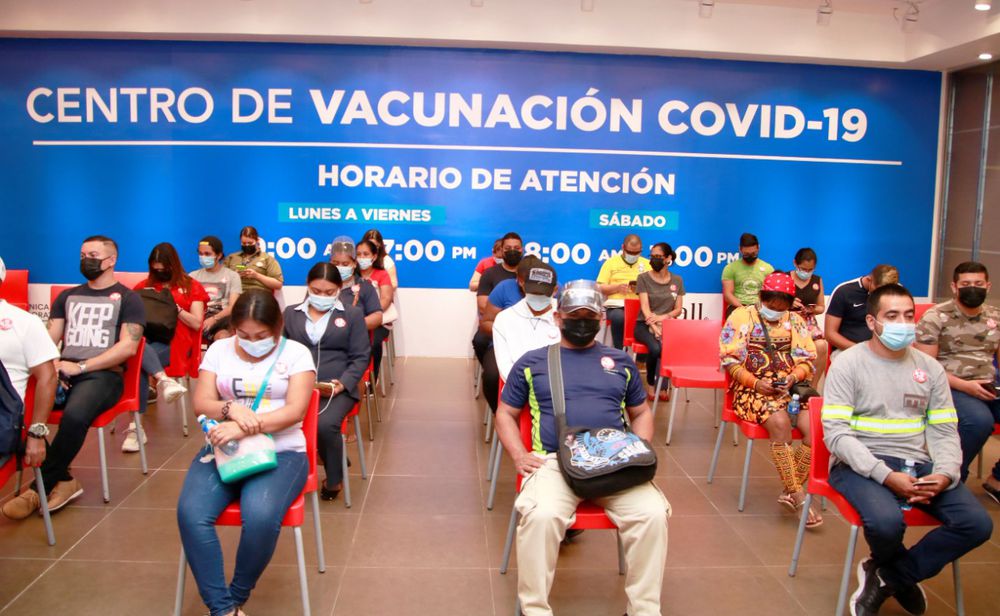 70% of Panamanians have been vaccinated

The Minister of Health, Luis Francisco Sucre,   closely followed by President Cortizo has condemned “vaccine terrorism”. Sucre said on Thursday, September 29, “If you don’t want the vaccine [against Covid-19] don’t take it but you cannot attack or insult those who do agree with it.”  He was referring to the criticisms and legal measures that have been taken against doctors Eduardo Ortega-Barría , Xavier Sáez-Llorens, and Julio Sandoval.

Sucre made it clear that the Government is not forcing anyone to be vaccinated since "we have been respectful of each other's decision." However, if [the anti-vaxers] ask to be respected, they must also respect them, Sucre said.

"We are not going to allow misinformation or lie to cause terror among those who want to vaccinate," he said. "We cannot support vaccine terrorism.”

Sucre said that although he cannot interfere with the actions of the Public Ministry, in his opinion there is no place for any type of complaint against the scientists and authorities that support the anti-covid vaccine.

"I know the efforts of doctors and scientists who feel threatened, I know their work [...] Doctor Ortega does not deserve to be in what he is, but this is a democratic country," said President Laurentino Cortizo when pronouncing on the issue.

For Cortizo, this issue that has occurred "is unnecessary." “The vaccine works, we don't get our heads mixed up. Getting vaccinated is the smart thing to do and it's what you have to do, "he added and. announced that 70% of Panamanians had been vaccinated.

The legal proceedings were started by Dr  Marta Roa who was roundly criticized after posting a video on social networks recommending against the vaccine although she had been vaccinated herself because of her work as a doctor.

I've had both shots. So have many friends. No clots, no problems.

BUDDY OF MINE HAS had both shots, went to Mexico now is in a hospital on a vent, and they say he has bed sores that are bleeding.

https://www.brighteon.com/c3c52dd7-7db9-4e1c-b386-58b9a6c97f5b Well we can only hope that someone who is fluent in English in the Panama health system listens to this report from the US GOVERNMENT DEPARTMENT OF DEFENSE about the study they did on 5.6 million people and passes this info farther up the chain of command

It is really wonderful that the government of Panama has a preference but allows every individual to choose their own future. Until about 200 years ago the history of the world was marked by force and slavery. While no human system is perfect this era has been a breath of fresh air. May we continue being free and somehow dodge the approaching bullet of technocratic dictatorship.

Brian, I do hope you are posting these rants from inside a secure mental health facility. It might be worth mentioning to your carers that you need stronger medication. It might also be a good idea if they limit your access to the internet. I don't think that your mental health is being helped by you being taken in by all the misinformation and lies. In your current mental state you are finding it impossible to differentiate between fact and fiction. Maybe when you are feeling better and have clarity of thought we can have a serious discussion. Until then take care of yourself. I know I shouldn't but I feel sorry for you.

Well if he believes what he is saying and that 70 % have had the vaccine then if or when the death count starts to rise don't put lockdowns in place. Follow your own science that the vaccine is good.