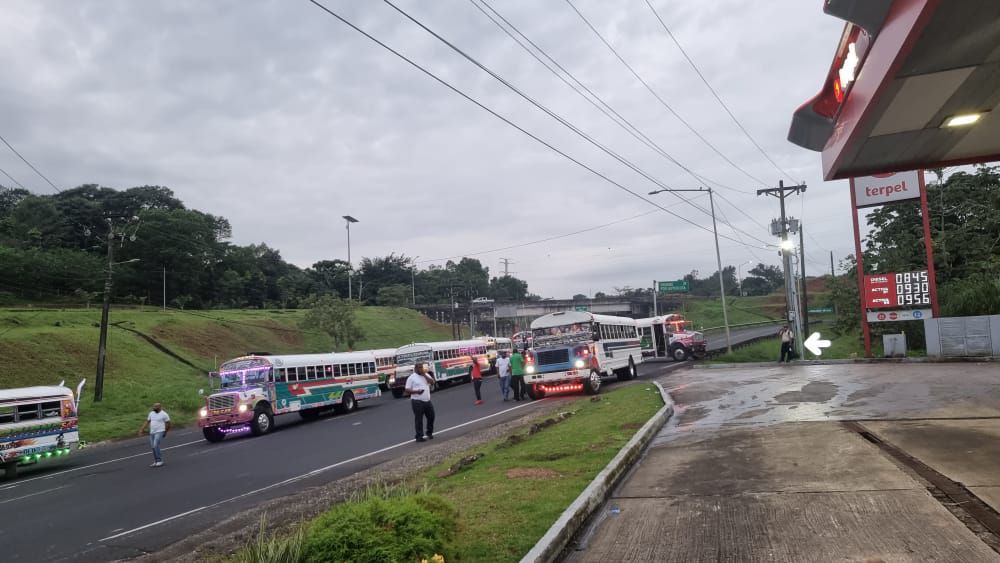 The population is tired of the collateral damage caused by some groups that make their marches or strikes, damaging  free movement and promoting chaos said Security Minister Juan Pino on Saturday, November 6, in an attempt to divert attention from recent events involving kidnappings, murders, and gang warfare.

"Panama has a law and order that must be complied with," recalled Pino, who was in the Los Santos Province, where in addition to a photo-op delivering five police vehicles, he distributed biosecurity equipment, boots, and work clothes for police officers.

"We are still in a pandemic, we have not come out," Pino stressed, indicating that what is being sought in Panama is to achieve that economic opening, hence there are ways and means to speak out, but not by damaging third parties.

“We are trying to get afloat and fortunately Panama is one of the countries that is emerging with a very positive economic revival,” he said.

Pino spoke of a reduction in the rates of theft and livestock theft when compared to the 2020 statistics.

"And we have increased drug confiscation," said the official, indicating that this is how the effectiveness of the work carried out by the public force in Los Santos is measured.

He made no reference to the wave of killings that led to calls for his replacement.

Typical tactic to divert public attention. Bottom line is the ´law enforcement´ arm of the failing Chorizo Partido Robar Dinero regime is failing against the narco-terrorism. The guy is right, people are pissed about road closures, but they are scared for their lives.