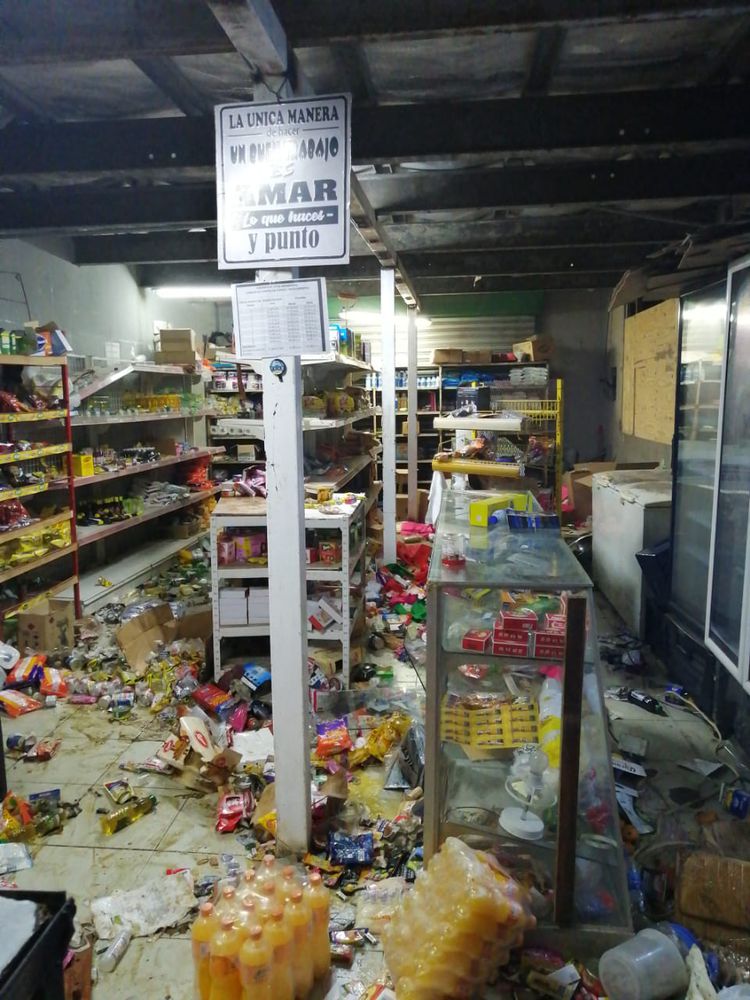 The rioters demanded that the delivery of bonds and food promised by the Government be accelerated.

Initially, in the Curundú sector, in the Multi 4 of Santa Cruz, they tried to break the door of a mini-super but were blocked when police arrived.

Inside Curundú, in Tower 26, , they managed to enter the mini-supermarket, and police made four arrests.

In the La Porqueriza sector in Río Abajo, the police managed to thwart another attempt to loot a mini-supermarket and a police officer was hit in the face with a bottle

"We will not give in to crime, the police units are firm in any situation. At this moment, the Curundú area is controlled by our uniformed officers, ”the Police said on their social networks.